Albania-Hungary: where do they stand now? 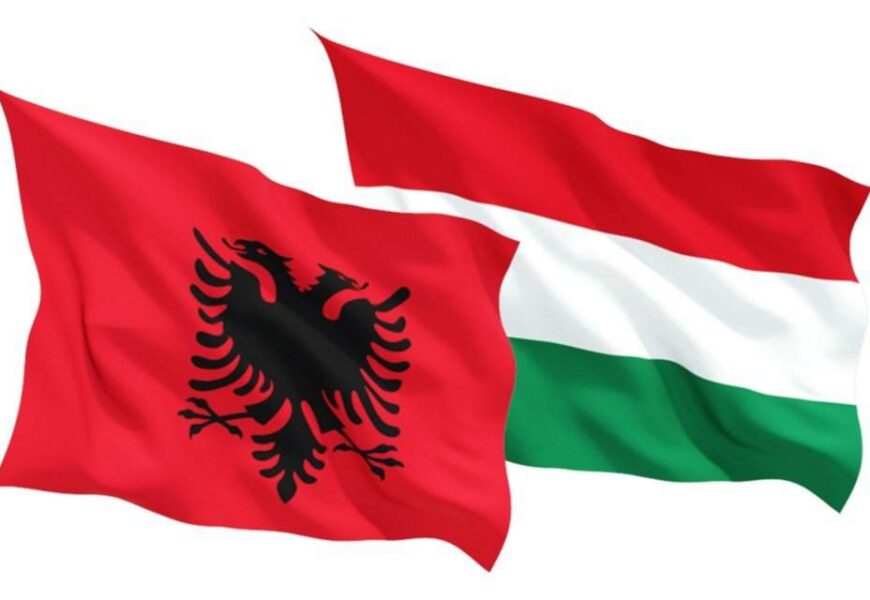 As Albania and Hungary celebrate the 100th anniversary of establishing diplomatic relations, it is important to see the current relationship stage between the two countries. The EU’s longest-serving leader, Prime Minister Orbán, and the Albanian longest-serving Prime Minister since the fall of communism, Edi Rama, never waste a chance to emphasize the excellent relationship between Albania and Hungary. While Albania’s EU integration continues to play a dominant part in the political agenda of all major Albanian parties, Hungary has repeatedly supported Albania’s integration into the European Union. Of the European Union member states, Hungary was one of the first to ratify the Stabilization Association Agreement between Albania and the EU in 2007 unanimously. In 2008 the Hungarian parliament also voted unanimously in favor of the ratification of the NATO accession protocols of Albania, which is considered Albania’s most significant achievement in the international arena.

Throughout the years, Hungary has supported vividly the EU integration process of the Western Balkans, and has given its assistance to Albania and other Western Balkans countries with grants, mobility programs, or different types of assistance funds. Hungary’s positive role in the EU’s enlargement process in the past years even promoted Hungarian Olivér Várhelyi to the position of the European Commissioner for Neighbourhood and Enlargement in 2019 (Griessler, Elek, 2021).

In the last decades, Hungary has strengthened its economic ties with Albania, and the third session of the Joint Intergovernmental Commission for Economic Cooperation between Albania and Hungary was held last year in Budapest.

From outsider to key player

Considering that the political dialogue is a central pillar of the relationship between the two countries, from the early ‘90s, many Hungarian and Albanian prime ministers and presidents have visited the other country for official meetings. Although these meetings already demonstrate the existence of a good relationship between the two countries after the fall of communism, the presence of Hungarian companies in Albania has become much more visible only recently. Currently, Hungary’s political support to Albania is driven by two main factors: economy and security.

In August 1999, in his first term as Prime Minister of Hungary, Orbán managed to visit Albania. Back in that time, Hungary wasn’t a member of the European Union yet, and the war in Kosovo had finished only a couple of weeks earlier. The repercussions of the wars in the region were evident not only within the Balkan region but also in the neighboring countries, including Hungary. That is why Hungary has always invested so much energy and effort to promote the enlargement process of the WB countries. A more stable region would mean not only fewer issues in the borders, but it would create the right conditions for Hungary to become a relevant economic player in these countries. Hungary was fit for the task in the decades that followed, and nowadays, it is perceived as “an honest broker” in many WB countries (Griessler, Elek, 2021).

Once the internal political and economic crisis of the late 90s in Albania was over, Albania was trying to promote its image as a safe place for foreign investments. In 2005, during Ferenc Mádl’s – former President of Hungary – two-day visit in Tirana, the Albanian government was trying to demonstrate how they were ready to receive investments from big Hungarian companies. Almost in all the official meetings, the rhetoric was more or less the same, projecting a future in which Hungary could become a more significant player in Albania.

In 2012, during the 90th anniversary of diplomatic relations between Hungary and Albania, the former Prime Minister of Albania Sali Berisha, while visiting Prime Minister Orbán, expressed his desire to see more Hungarian companies investing in Albania. “Companies from around the world are coming to Albania to build new infrastructure such as hydroelectric power plants and new motorways,” Berisha said, “We are waiting for Hungarian companies, too” (Diplomacy and Trade, 2012). 10 years later, the situation is significantly different. Hungarian companies have entered the Albanian market and are now leaders in important sectors of the Albanian economy, including banking, telecommunications and travel.

While Tirana may have other capitals closer than Budapest’s one-thousand-kilometer distance, that has not been an obstacle for Hungarian companies to become some of the most critical players in Albania in recent years. What is impressive is the speed of growth seen in some of the most prominent Hungarian investors in Albania. For example, the Hungarian low-cost carrier Wizz Air, which started to operate in Albania in April 2017 with only the route Tirana-Budapest, has transformed the main Albanian airport into a base, with flights to over 52 destinations from Tirana, with a substantial 51% share of Albania’s market. The carrier has recently launched flights to Austria, France, and Germany from the Kukës International Airport of Albania.

OTP Bank, the largest commercial bank in Hungary, acquired a 100% stake in Societe Generale Bank Albania in 2019. After only three years of presence in the Albanian market, OTP Bank announced in December 2021 that it had also purchased 100% shareholding of the Albanian subsidiary of the Greek Alpha Bank (Petrushevska, 2022), which had a total asset-based market share of around 5%. As many experts predicted, the presence of OTP in Albania would mean more credibility for the Albanian market from the Hungarian investors. Even Orbán talked about the presence of OTP in the Albanian market as a crucial moment in the partnership between the countries. “So we have the first major investment in Albania, and the lesson we have got in the last several years is that the flagship project is the most important thing. When we have the flagship, the other ships will appear on the water soon, and other investors will come and will be present there also” (Press Statement, 2021).

This statement was a prelude to other significant investments of Hungarian companies in Albania, and it was made on the occasion of the visit of Prime Minister Rama and several other high-ranked politicians to Budapest last year. The visit gained much attention in the Albanian media and, to some extent, in the Hungarian media as well. In less than a month after Rama’s visit, even the President of the Republic of Albania Ilir Meta and the Mayor of Tirana Erion Veliaj, visited Hungary to participate in the inauguration ceremony of the bust of Albanian National Hero Skanderbeg in Budapest. All these meetings and the cordial atmosphere suggested that the partnership was continuing to gain momentum. It didn’t take long to see that; indeed, other big Hungarian companies were about to enter the Albanian market.

At the end of 2021, it was announced that Hungary’s 4iG PLC would acquire 80.27% of the shares of Albania’s leading fixed line internet and TV operator, Albtelecom, which is also a mobile operator, and 99.8% of indirect stake in One Telecommunications. Both transactions were finalized in the 1st quarter of 2022, following the approval of the Albanian Competition Authority (Shehu, 2022). The acquisitions of Albtelecom and One Telecommunications have created a leading group in the mobile telecommunications market in Albania.

In conclusion it can be argued that besides maintaining the focus on the economy and the EU integration, the cooperation between the two countries has produced results in many different sectors in the last years, including tourism, education, culture, and so on.

Hungarian love-hate relationship with the EU

During the official visit of Rama and other members of his cabinet in 2021 in Budapest, Orbán stated that “we agreed that there are no major differences in the Albanian policies between the two countries. What’s more important is the enlargement of the EU and Albania’s membership,” adding that his government would be devoted in helping Albania joining the EU (Euronews, 2021). Although Hungary is well-known to be one of the biggest advocates for the accession of Albania and other Western Balkan countries to the European Union, on the other hand, it has gained a lot of attention for its critical stance regarding the EU on different issues. Being simultaneously pro-enlargement and one of the most prominent critics of the EU, even though it may look like a paradox for many analysts, perhaps it is not, since in both cases, Hungary can argue that it is constantly putting its national interest first. What Huszka and other analysts have tried to underline is that “Hungary’s questioning of the basic values of the EU as a community of liberal democracies has weakened the legitimacy of Hungarian interventions in favor of speeding up EU enlargement” (Huszka, 2017).

While Orbán has gained international visibility through his “illiberal democracy” vision for Hungary (making Budapest a center for 21st century conservatorism), Rama doesn’t miss a hit to demonstrate his vision in favor of multiculturalism, and multilateralism. Regardless of the different political views of the two leaders on different important issues, the shared economic and security interests of Albania and Hungary obviously prevail in the agenda of both countries. This is a demonstration of the creation of a stable political partnership between Albania and Hungary, which is not influenced by the political figures in power or ideological differences between the governments.

The Albanian Institute for International Studies (AIIS) is thankful to the OTP Albania Bank, for the financial support it gave for the project of research and articles in the framework of the 100th anniversary of Albania-Hungary diplomatic relations. 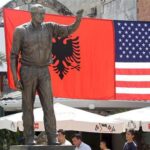