Agreement reached in principle for College of Europe to open Tirana campus, a ‘historic’ development for Albania’s EU outlook

College of Europe, EU’s most important postgraduate educational institution, could soon be opening a campus in Albania, a move experts are calling “historic.”

The news came at a press conference following the summit of leaders of 27 EU member states in Tirana with their Western Balkan counterparts, where Prime Minister Edi Rama had presented a strategic project to bring the College of Europe to Albania.

Von der Leyen said investing in the next generation that will share European values is more relevant than ever.

“Your vision [is] to have one day the College of Europe here, like in Bruges, like in Poland. And indeed, you have full support also from my side. This is something on which I hope that in due time, at one of the next summits, we will be able to say that we delivered,” von der Leyen said at the press conference.

The agreement in principle on the opening of College of Europe in Tirana was seen as a major outcome at the summit, and it “is among extremely concrete issues, which have a concrete impact” and “go beyond words,” said Michel.

College of Europe currently has two campuses, one in Belgium and one in Poland, and opening a third campus in Tirana is “extraordinary and historic” because it is another step in tying Albania permanently to the West, said Albert Rakipi, the chairman of the Albanian Institute for International Studies.

“Bringing the College of Europe to Tirana means bringing the first truly Western post-university educational institution since the creation of Albania’s modern state. It is the biggest development of its kind in education in 100 years, and will have the same impact in Albanian history as the pre-WWII French Lyceum in Korca and Harry Fultz’s American school in Tirana,” Rakipi said.

The College of Europe is the world’s first university institute of postgraduate studies and training in European affairs. It was founded in 1949 by leading European figures in the wake of the Hague Congress, which led to the creation of the European Movement. Its original campus is in Bruges, Belgium. A second Natolin (Warsaw), Poland campus of the college was established in 1992 ahead of Poland’s accession negotiations with the EU.

Tirana could soon host the third campus of the venerated institution in the Western Balkans, hoping to bring the same vision that it had in late 40s Western Europe and early 90s Eastern Europe.

“It is first and foremost a signal of hope, a symbol of the serious commitment that the EU has towards the region despite all the doubts cast by the delays and stagnation of certain milestones,” Rakipi said. “It will also bring forward academic, social and cultural cooperation between the countries in the region, with their peers in the EU as well as naturally foster the process of reconciliation.” 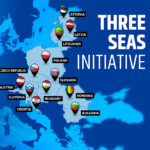