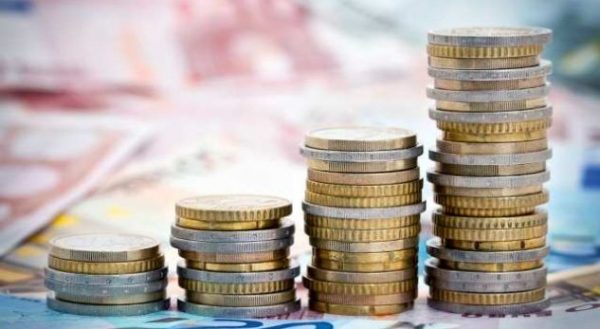 Since its start as an independent sovereign state Albania has tried several different models of how to organize the state. With the Declaration of Independence in 1912 the Great Powers had established Prince Wilhelm zu Wied as first sovereign, but  he had to leave the country in 1914 due to the outbreak of the first World War, so that only in 1920 the build up of the state could in fact start. However, the Democracy experiment was not able to develop in the 1920s, the “democratic revolution” of Bishop Fan Noli in 1924 was soon swept away by a conservative counter movement. King Ahmed Zogu tried to stabilize the country, to organize the judiciary after the French and Italian role models. However, the attempts to build up an infrastructure, a functioning administration and to start economic development remained unfinished. The overdue agrarian reform was torpedoed again and again and in April 1939 Albania was taken over by Mussolini’s Italy. After a short German occupation the Communists seized power in November 1944 and installed a centralized dictatorial regime. Economically the Hoxha-Regime undertook a savagely collectivization of agriculture and a one-sided promotion of heavy industry. In addition, from the beginning until the mid-1980s the country remained completely cut off from the rest of the world.

After Enver Hoxha´s death on11 April 1985 the new Head of Party and State Ramiz Alia started first cautious mini reforms  in the economy reacting to an increasing reform pressure due to economic shortcomings: partial autonomy for enterprises, premia for workers, allowance of few small shops and handicrafts as well as small plots for private agriculture. A first draft of a new constitution of end 1990 which foresaw a controlled market economy and a mix of private and socialized ownership forms, but still within the framework of a socialist People’s Republic, did not find consensus. The economic circumstances remained alarming, and more and more Albanians just wanted to leave the country, mainly to Italy and Greece.

On 11 June 1991 a broad coalition of Socialists (the former communist Albanian Workers Party) and the Democratic Party started a new round of reforms pushed mainly by the Democratic Party, but the Socialists agreed only on “small privatization”, but the widespread shortage of commodities had already brought about the extension of street and black-market in addition to the farmers markets which already existed since the mid-1980s. However, the dissolution of the agricultural cooperatives together with unclear former ownership relations resulted in insufficient use of agricultural land and therefore in a severe supply crisis which lasted over the winter 1991/92 with hunger revolts and plunderings. Only the European Community-operation “Pelikan”, which started in September 1991 and was surveyed by Italian soldiers, guaranteed the survival of many Albanians. By the end of the year the economy came practically  to a standstill, most large enterprises received no raw materials and the rate of unemployment reached 40% accompanied by an accelerating inflation. Severe deficiencies characterized the health system and the supply with freshwater and energy. When in 1990 the GDP per capita calculated in Purchasing Power Parity still was 4,929 USD, one year later it was down to 3,569 USD reaching a record low in 1992 with 3,333 USD (in comparison 2019 13,961 USD)! A change of power and authority took place with the elections of 22/29 March, 1992. The new Prime Minister Meksi announced liberalization of prices, a rapid privatization and stimulation of industrial production and tourism with foreign aid. In fact, Albania received funds from the IMF, the World Bank and the European Development Bank, the USA signalized an immediate support program lifting the trade restrictions. As first high-ranking representative of the European Community the German Foreign Minister Genscher came in April 1992, he promised support for the political and economic reconstruction and signed two bilateral agreements . In the following months Albania not only could sign a cooperation agreement with the European Community but also received substantial financial and food aid from various Western countries.

Comprehensive structural reforms took place in the first half of the 1990s.  Most agriculture, state housing, as well as transport, services, and small and medium-sized enterprises were privatised. In 1995, the government began privatising large state enterprises. Beginning with 1993 rapid GDP growth unfolded until 1995 with two-digit annual growth rates, but slowing down in 1996 and contracting even in 1997 when the financial pyramid schemes collapsed. In the following years growth resumed but it lasted until 1999 that the 1989 level was reached again. Steady growth then took place until 2008, a slight setback  happened during the international financial crisis in 2008 and 2009, but Albania was together with Poland, Liechtenstein, San Marino and Kosovo the only country not experiencing negative growth. The 2010s saw uneven developments with a setback in 2015, but at the end GDP displayed an absolute high in 2019 with 15.280 bn USD. This must be compared with the absolute low of 0.650 bn USD in 1992! Unemployment which in 1993 numbered 22.3%, and still in 2015 17.3%, went down to 11.6%  until 2020, public debt in relation to GDP is at an upper middle European level of 66%. What over the years remained negative is the trade balance were imports constantly are 3 to 4 times higher than exports. This is a strong indicator  of the weak competitiveness of the Albanian economy

Over the past 30 years Albania experienced ups and downs in its economic development, but the overall trend finally was positive. Macroeconomic restructuring was and still is supported by the International Monetary Fund and the World Bank bolstered by high inflows of remittances from Albanians working in Italy, Greece, Switzerland and Germany, estimated up to 15% of GDP until the great financial crisis, it is now down to 5.8% (2015).  Although Albania´s economic growth has been remarkable – The World Bank calls it now an upper-middle-income country -, but the country still remains  at the very end of Europe’s wealth scala, only the Republic of Moldova is ranked worse. Agriculture which is characterized by lack of modern equipment, unclear property rights, and the prevalence of small insufficient plots of land today still contributes one fifth to GDP, but employs 40% of the total labor force. Industry contributes just one fourth to GDP, services some 55%. GDP per capita calculated in purchasing power was 13,961 USD in 2019 which places Albania at rank 93 in the world, and at 31.3 % of EU average (44,539 USD)! In absolute figures the GDP per capita was 4,735 € in 2019 (5,435  USD).

Albania is often treated as a “most difficult case” of regime change or an outlier compared to the other post-communist cases in Central and Eastern Europe. Its long, difficult, interrupted, at times chaotic and certainly ambiguous path to democracy and market economy defied any enthusiastic expectations for smooth democratic and economic progress. Two antagonistic camps – conservative former communists (Socialist Party)  and fierce anti-communists (Democratic Party) tried to block politics/reforms whenever the other party was in rule bringing the country at the verge of collapse several times. Under these circumstances it is surprising that the country managed to proceed in economic development, but still a high ratio of poverty and inequality remained in the country. Although HDI has improved over the last years the country still remains below the average of the neighboring countries not to speak of the EU. Positive must be seen that the openness of the economic development has resulted in a rather good position in the Doing Business 2019 Report which ranks the country 63 out of 190 countries. In 2006 Albania signed a Stabilization and Association Agreement with the EU which entered into force in April 2009. As a candidate country since 2014, Albania profits since then from EU funds under the Instrument for Pre-Accession Assistance (IPA). During the last EU household period, 2014-2020, Albania received 639.5 Mio. € for 7 priority sectors (IPA II): 342.5 Mio.€ for democracy and rule of law and  297 Mio.€ for compettitiveness and grwoth.

The clear orientation towards EU membership has forced Albania not only to open up its economy internally and externally, but also to undertake structural reforms with regard to competition policy, banking privatization and enforcement of contracts by amending the code of civil procedure and imposing time standards for legal court events. However, smuggling and widespread corruption remain major issues of concern which add to non-tariff barriers and hamper the process of free movement of goods.

After having been accepted as a candidate for EU membership Albania is now waiting for starting the respective negotiations on the 35 chapters of the acquis, but on 1 December 2020 the Permanent Representatives Committee (Coreper), the EU-Ambassadors of the member states, agreed in their draft conclusions that Albania is not yet ready to hold the first intergovernmental conference with the EU, as they  praised Albania’s work on reforms, but stressed it should show more progress in meeting the conditions set since March 2020 when the principal decision was taken to open negotiations with both countries.  Issues mentioned in that context are the political dialogue in the country which needs to be improved, in particular on electoral reform and its implementation, tackling money laundering more effectively and further implementing the Financial Action Task Force (FATF) action plan, low financial intermediation, and further efforts in investigating, prosecuting and trying corruption cases as well as the continued fight against organised crime. A possible positive EU decision concerning the start of chapter negotiations is now expected for March 2021.

But in this context it should also be mentioned that Albania is linked to North Macedonia like a twin in so far as Brussels wants to decide for both countries at once, but this decision at the moment is also blocked by Bulgaria’s veto vis-à-vis North Macedonia´s progress in accession due to different interpretations of history! If only one member country vetoes a step during the membership rapprochement process of a specific country the entire move is stopped! However , that also means conversely that if Albania does not sufficiently comply with fulfillment of the conditions set in March 2020, then also Macedonia very probably will be on hold as long as this  inofficial twin principle exists!

Not only the devastating earthquake of 26 November, 2019, with the respective reconstruction needs, but also the present Covid-19 pandemic are putting enormous pressure on the Albanian economy. Some support should come from the donors conference, held in February 2020 in Brussels, where single countries and international financial institutions have pledged roughly 1 bn €, but it  remains uncertain how much damage the ongoing pandemic will cause for the catch up  attempts of the Albanian economy. 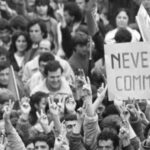 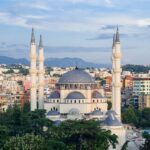 Next Story
Introducing Political Islam among the Albanian Muslims 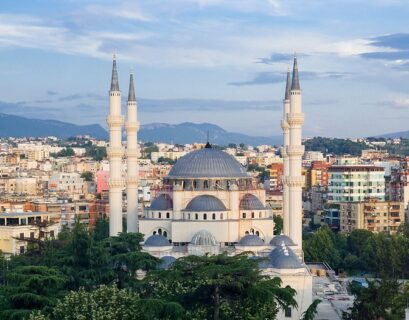 By Rigels Lenja Introduction Countries of the western Balkans have faced during the years a long list of problems from corruption, illegal... 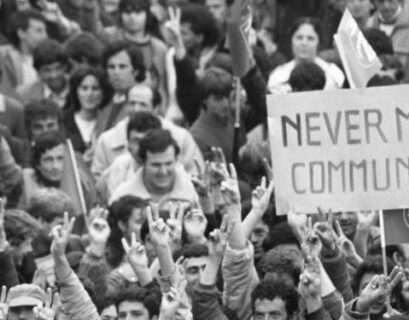 By Altin Gjeta Introduction Albania experienced one of the harshest communist regimes in the world after communist party came to power at... 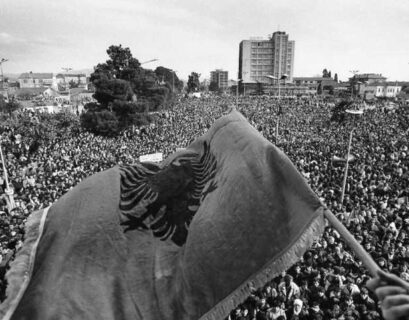 Statebuilding and democracy in post-communist Albania

by Ines Stasa Introduction With the regime change in Albania one of the main concerns was the upcoming constitutional and institutional... 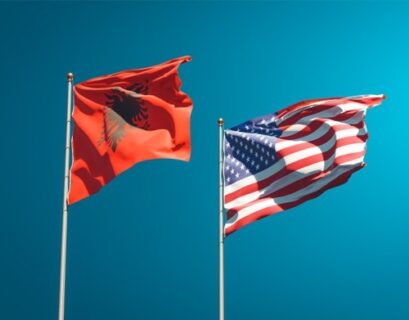 By Elidor Mëhilli In his recently published book Stalin and the Fate of Europe: The Postwar Struggle for Sovereignty, Norman Naimark, one...