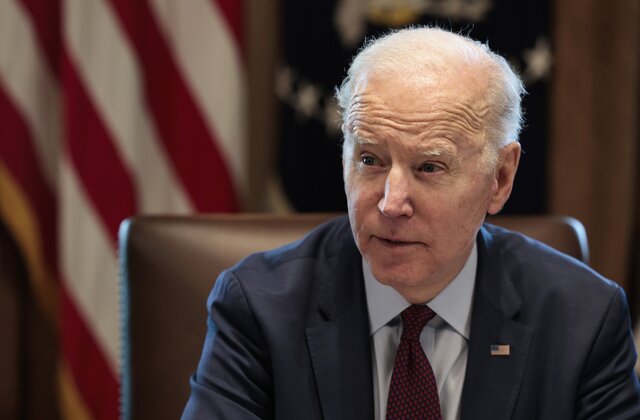 If the Kremlin decides on another military assault against Ukraine to cower the government in Kyiv into submission, it will also engineer distractions elsewhere. And the Western Balkans are a primary target for diversionary crises. Russian officials and their internationally active security services have been preparing the ground for conflict for several years and have reliable allies in Belgrade and Banja Luka to launch new offensives and undermine the NATO presence.

The long-standing debate on whether the US can fight two simultaneous major wars continues to rage. But a much more immediate question is whether Washington and Brussels can handle several concurrent crises incited by Russia any of which could trigger armed conflict and necessitate a NATO military response. And such crises would include the Western Balkans.

Moscow is well-versed in tactical deception and disguising its near-term goals, and can prepare several concurrent conflictswhether directly, through proxies, or with willing accomplices. Russia’s mounting military threat against Ukraine has focused NATO’s attention on the eastern pilar of European security, as Moscow’s assemblage of army, naval, and air power has surrounded Ukraine, but other potential battlefields are also being prepared.

To bolster his threat against Ukraine, Putin has issued demands on NATO that he knows will be rejected, but he is testing to see whether they will divide Western governments and neutralize European societies. And indeed, several US and European policy analysts have fallen into the trap of believing that if NATO stops including new members and Ukraine is sacrificed to Russia’s imperialism then the West will be able to coexist peacefully with Moscow. Short-sighted appeasement has never worked with expansionist dictators, let alone with Tsarist imitators like Putin who view neighboring countries as part of their divine-given heritage.

If the Kremlin decides on another military assault against Ukraine to cower the government in Kyiv into submission, it will also engineer distractions elsewhere. And the Western Balkans are a primary target for diversionary crises. Russian officials and their internationally active security services have been preparing the ground for conflict for several years and have reliable allies in Belgrade and Banja Luka to launch new offensives and undermine the NATO presence.

Two simultaneous crises are coming to a head in the region – inside Bosnia-Herzegovina and inside Montenegro, and they can coincide with another Russian invasion of Ukraine. The government of Republika Srpska is Moscow’s primary instrument, whose calls for separation from Bosnia-Herzegovina will light the fuse for armed conflict. Bosnian Serb leaders have blocked decision-making in national institutions and launched a process to withdraw from the armed forces, tax system, and judiciary. They have also voted to establish separate state bodies for the Serb entity in preparation for a referendum on secession. As new laws are drafted and the RS constitution is amended the entity looks set to abandon all Bosnian state institutions, in which case the administrative structure will collapse.

This push toward partition will be resisted by the Bosniak population whose lands were seized by Serbian nationalist forces during a campaign of genocide in the 1990s. Bosnian Serb leader Milorad Dodik has been encouraged in his moves toward secession by a weak Western response through limited sanctions and verbal warnings by US and EU officials. The US sanctions,applied as punishment for corruption and endangering Bosnia’s stability and territorial integrity, are well intentioned but ultimately weak. Dodik can simply turn to Putin to replenish any embezzled assets in return for the pursuit of secession.

Moscow has also been preparing the ground to regionally buttress the new Serbian state once it declares independence. It has constructed a Moscow axis in the region encompassing the corrupted political leadership in Hungary and Slovenia who will be encouraged to oppose Bosnia’s integrity. The uncertain role of the Bosnian Croat leadership and of Zagreb itself is also a cause for concern and whether they will side with Sarajevo to maintain the state or conspire with Banja Luka, Belgrade, and Moscow to carve it up.

And above all, Moscow has cultivated the Vučić government in Belgrade. It is both openly and covertly supporting its mini-imperialist project in the Western Balkans through weapons supplies, security assistance, propaganda, disinformation, and other tools of influence to subvert and weaken Serbia’s neighbors. Indeed, a second Western Balkan front has already opened for Moscow in Montenegro. The government crisis in Podgorica is escalating, in which pro-Western forces inside and outside the current coalition are pitted against the Serb nationalist parties backed by Belgrade and Moscow.

Prime Minister Zdravko Krivokapić, widely viewed as a tool of the pro-Muscovite Serbian Orthodox Church, has fueled the crisis by trying to prevent the formation of a more representative government, preparing a coup to dismiss elected officials, and seekingunconstitutional control over the police. If the pro-Western parties, representing the majority of Montenegro’s citizens, are blocked from holding new elections while the Serbianization process intensifies then Montenegro faces the violent conflict that it managed to avoid during the collapse of Yugoslavia.

Political violence and state fragmentation in Bosnia and Montenegro will be welcomed in the Kremlin. It would demonstrate that even NATO intervention or Alliance membership cannot hold a country together and that both the US and EU are powerless in stopping pro-Russian forces from advancing in the region. Russian intelligence services can also capitalize on other Balkan disputes. The creation of an autonomous Serbian municipal association in Kosova would provide Moscow with an additional inroad of subversion.

Moscow has spent the first year of the Biden administration probing and testing potential US weaknesses and it now sees a period of strategic opportunity. Washington must be prepared to confront several international crises that will not only require intensive diplomacy but the prospect of dispatching military forces to prevent or terminate local wars. At the same time, Germany and France are proving to be unreliable allies, fearful of “provoking” Putin and hesitant in using military force. Once again, the United States will be required to avert a wider war. The EU security project so loudly trumpeted in Paris and Berlin should then be added to the collection of Hans Christian Anderson’s Fairy Tales.

Janusz Bugajski is a Senior Fellow at the Jamestown Foundation in Washington DC. His recent book, Eurasian Disunion: Russia’s Vulnerable Flanks, is co-authored with Margarita Assenova. His new book, Failed State: A Guide to Russia’s Rupture, will be published this Spring. 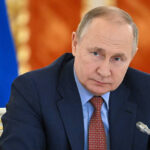 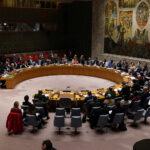 Next Story
Albania in the UNSC: an opportunity to end decades’ long isolation and its aftermath 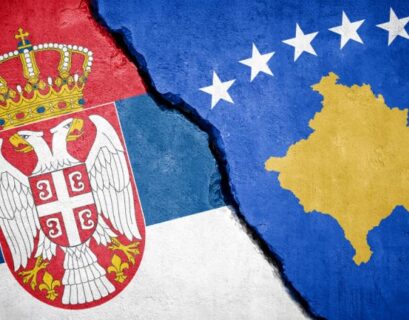