Step by step, the idea and practice of the dialogue between Serbia and Kosovo has been gaining ground over the last decade. Despite obstructions, stagnation and backsliding, this dialogue has become a necessity and normality; some parts of the political class and society in the two countries have been ready to embrace it, while others have tried to retain the status quo, postpone it, increase conditionality or wait for new internal or external constellations to work for them. 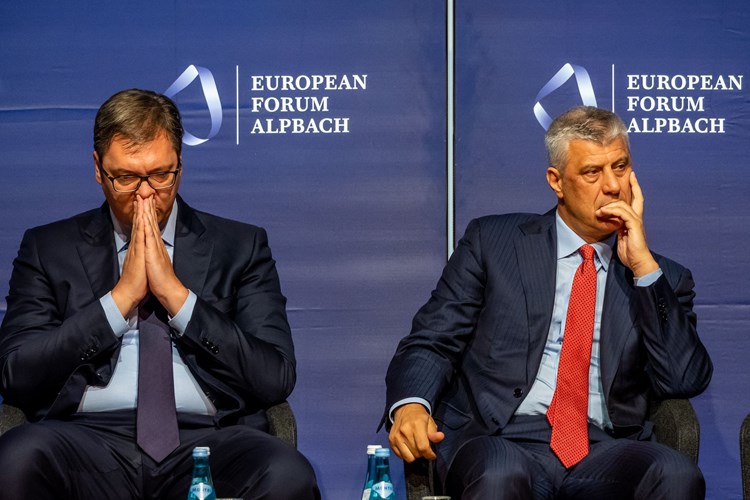 Step by step, the idea and practice of the dialogue between Serbia and Kosovo has been gaining ground over the last decade. Despite obstructions, stagnation and backsliding, this dialogue has become a necessity and normality; some parts of the political class and society in the two countries have been ready to embrace it, while others have tried to retain the status quo, postpone it, increase conditionality or wait for new internal or external constellations to work for them. The 2013 Brussels Agreement and all the technical agreements in the package have provided numerous small yet important changes facilitating the citizens’ lives and communication, proving that lasting solutions need not to be imaginary.

However, the wider scene is changing – various major players in the turbulent international environment are entering into interesting partial or changing alliances on the substance, format and dynamics of the dialogue, depending on the much broader constellation of their interests. It is not easy to systematize all the players, their sometimes confusing, divergent or opposing concepts and propositions substantiating or contradicting their declared objectives. Let us try to at least list them.

The European Union, which successfully mediated the dialogue in the first phase (2011-2013), lost interest in the region and further enlargement after the Brussels Agreement was signed. During the 2014-2019 mandate of the European Commission, the dialogue was simulated, some of the arrangements it provided were implemented or partially implemented, but the main issue of the agreement – the Association/Community of Serb Majority Municipalities in Kosovo – became the stumbling block for its further implementation. Almost five years were lost.

The dialogue was scheduled to resume under EU auspices on January 16, 2018.  On that very day, Kosovo Serb politician Oliver Ivanovic was assassinated in North Mitrovica, and the meeting was canceled.[1] At the end of that year, Kosovo applied for INTERPOL membership for the second time and failed. Serbia initiated a campaign for Kosovo’s derecognition and changed the minds of several African, Latin American and Asian members of the UN. In November 2018, Kosovo introduced 100% taxes on commodities from Serbia and BiH, damaging Serbia’s strong economic interests in the Kosovo market and jeopardizing the very substance of several regional organizations, primarily CEFTA, which had for years made very favorable impact on Kosovo-Serbia relations and provided ground for Kosovo’s promotion in multilateral settings. Germany allegedly stood behind both of these contradicting constructions – strong impetus to regional cooperation in the Western Balkans through the Stability Pact for SEE a decade ago and the Berlin Process since 2014, on the one hand, and Kosovo’s introduction of 100% taxes ruining the prospects of the two previous much more comprehensive and powerful leverages, on the other.

Since the beginning of 2020, the new Commission has made efforts to resume the dialogue by nominating its special envoy, Slovak diplomat Miroslav Lajcak, and launching separate consultations with Serbia’s and Kosovo’s leaders. However, President Thaci does not accept the new EU envoy, hailing from a Member State not recognizing Kosovo’s independence; hence the proximity talks.

In the meantime, the US entered the scene openly, albeit not transparently. Although the US remained in the shadows during the Brussels dialogue at the beginning of the decade, supporting the achieved arrangements, it has now started to act on its own. However, its attempt to organize the meeting in Washington, on June 27, mediated by Trump’s special envoy Grenell, was also thwarted by the indictment filed against President Thaci, former parliamentary speaker Kadri Veseli and others before the Kosovo Specialist Chambers set up in The Hague in 2015 to prosecute alleged crimes by Kosovo Liberation Army (KLA) fighters during the Kosovo independence war.[2]

Why the parallel tracks for the two traditional allies who both have the same objective – Serbia’s and international acceptance of Kosovo’s de facto independence? Do they disagree about the substance of a transitional arrangement, or about the format in which it is supposed to be reached, or about the dynamics of reaching a final solution (comprehensive legally binding normalization, or full recognition of Kosovo independence)? Did any of the actors expect Serbia or Kosovo to unconditionally sign any of these options?  And what was in fact on the table in Washington, or is prepared to be put on the table in Brussels or in Paris?[3]

Bundestag MP Peter Beyer (CDU) believes that it is unnecessary to rush or to put negotiations in the “take it or leave it”format. He backs the step by step approach, like “the German-German agreement, the interim and a transitional agreement that will ultimately lead to mutual recognition”, which was obviously the EU approach from the beginning. He also qualified the US offer as a “dirty agreement”, explaining that in his opinion “it is an agreement on abolition of the Specialist Prosecutor’s Office for Crimes in Kosovo, which has the full support of the EU and exchange of territories along ethnic lines, without the support of Kosovo citizens.”[4] At the same time, he does not link the publication of the draft indictment for war crimes against HashimThaci with the intention to obstruct negotiations in Washington.

What was Grenell’s plan? He had already managed to win Serbia’s and Kosovo’s consent to resuming the flights between Belgrade and Pristina and railway and highway traffic and infrastructure building or reconstruction even before the 100% taxes were lifted. The US backed the “Mini Schengen”[5] initiative, adding to it the “mini Shenzhen” model as a potentially respectable economic initiative that would postpone the resolution of the Kosovo status issue, but would bring great economic advantages to both sides. If the forthcoming (ongoing) relocation of production capacities in many sectors back to Europe from distant locations (as a response to one of COVID-19 economic implications) extensively involves the Western Balkans as a cheap labor destination that has increasingly better connections with the EU market, the Shenzhen model could become a feasible project, especially with the recent Durres port arrangement between Albania and Kosovo.[6] Commercial access to this port has also been offered to Serbia.

During their telephone conversation on 22 April, Marko Cadez, the President of the Serbian Chamber of Commerce and Industry and President of the WB6 Chamber Investment Forum Managing Board, and Matthew Palmer, the US Deputy Assistant Secretary of State and US Special Representative for the Western Balkans, mentioned a new initiative – the establishment of a special fund to support activities aimed at strengthening regional cooperation, but without any clarifications. They concluded that “this fund can greatly contribute to the strengthening of the process of regional and European integration of the Western Balkans, and also can lead to a faster recovery of Western Balkans economies.”[7] This proposal appeared just a few days before the EU announced its €3.3 billion assistance package for the Western Balkans to help it cope with the health and economic and social consequences of the COVID-19 pandemic and its immense economic and investment package to follow in September.[8] After the adoption of the new accession methodology in February and the decision to open negotiations with North Macedonia and Albania in March, the set of new incentives presented at the EU-Western Balkans Summit in Zagreb, in May, gave hope that the enlargement process would remain on the EU agenda even in these extremely unfavorable circumstances.[9]

The Russian position is very clear – no fast solutions, support to the resumption of the Brussels dialogue, adherence to UNSCR1244, warnings that Russian approval is needed for any solution, lack of confidence in Serbian President Vučić[10], dissatisfaction with Serbia’s referring to Russian support without inviting her to the negotiating table, status quo as the preferable option, more time needed to put relations with Georgia, annexation of Crimea or the status of Eastern Ukraine in a broader bargaining package. The impression of mutual wariness persisted despite Russian Foreign Minister Lavrov’s visit to Serbia on the eve of Serbia’s parliamentary elections and President Vučić’s visit to Russia immediately after them.

China is not directly involved in the Serbia-Kosovo issue, but as a member of the UN Security Council and with increasing economic interests in the region, especially in Serbia, followed by a very successful “corona diplomacy”, China will have a say in the final phase of the dialogue, when any solution is to be internationally approved. Also, close relations with China do not contribute to other alliances and do not increase the other major external partners’ confidence in Serbia.[11]

Finally, what are the interests of the Western Balkan region? The advancement of Serbia and Kosovo on the EU path depends on their mutual relations. However, they keep the whole region “stuck at the bottom”[12] and their relations have much wider implications for further EU integration of the whole region.

Numerous regional organizations, initiatives, projects and networks have managed to work more or less successfully and inclusively, but they have always been threatened by various bilateral tensions. The Berlin Process, the Regional Economic Area, etc. considerably increased vested interests in the region; the main assets have been provided by the EU. That is why it is hard to expect any game changer to appear and offer a quick end solution. The authors of many articles published over the last few weeks agree that the EU and the US should act in concert and some of them also advocate involving Russia as much as possible in order to achieve a feasible outcome.

JELICA MINIĆ is the President of the European Movement in Serbia

[7] “Palmer and Cadez: Regional cooperation in the Western Balkans has never been more important”, WBCIF, 22/04/2020  https://www.wb6cif.eu/2020/04/22/palmer-and-cadez-regional-cooperation-in-the-western-balkans-has-never-been-more-important/ 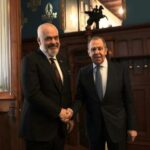 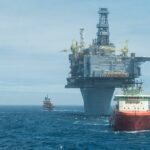 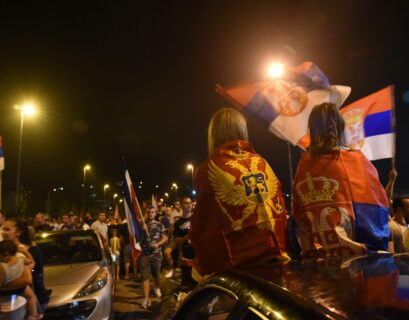 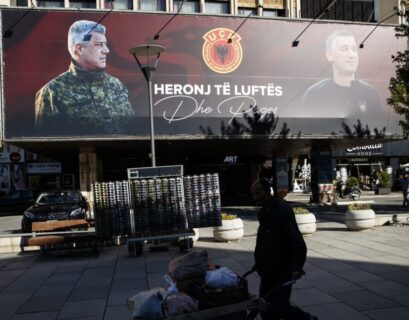 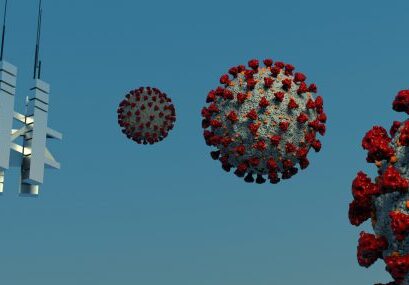