The Challenges of Albanian Democratic Consolidation 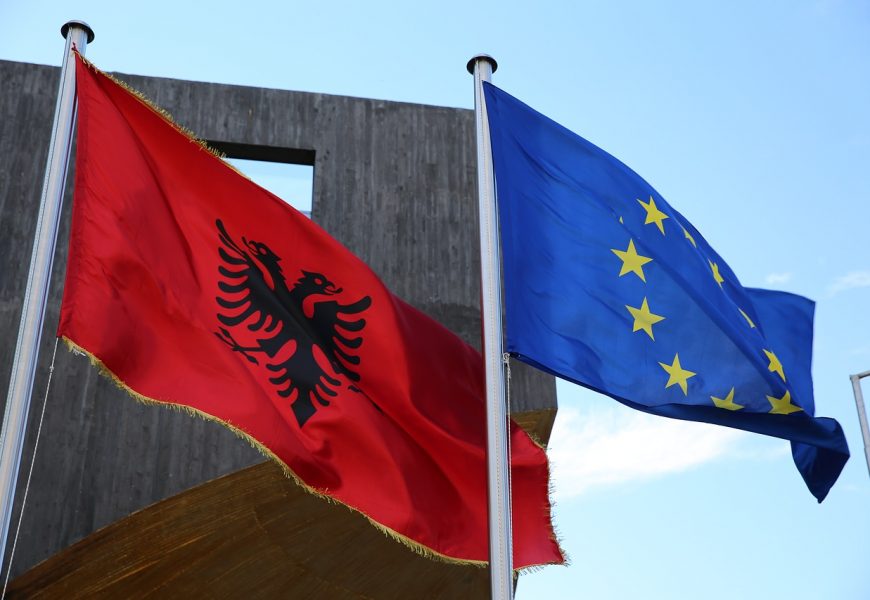 Albania is facing its most serious predicament since its implosion in 1997 – a deteriorating political situation, the practical dismantling of the check-and-balance system, and a seemingly collapsed judiciary. Institutions that sustain a rational, all-inclusive, democratic decision-making process are weak. Polarization is striking and there is no political center, which makes compromise very difficult.

Albania finds itself in the unenviable position of being one of Europe’s poorest and most corrupt countries. Although Albania has averaged an annual real GDP growth of 4 percent, one third of the population still lives in extreme poverty, subsisting on less than one dollar per day. Many Albanians believe the current system is rigged against them. They have lost hope, seeing little opportunity to shape their country’s future. According to recent Gallup surveys, some 60 percent of Albanians would like to emigrate. Since the early 1990s, more than a million-and-a- half Albanians have emigrated, with those between the ages of 20 and 40 leaving in the largest number. Albania’s population today is estimated at 2.9 million – the same as it was in 1989 – and within the next thirty years is expected to decline to 2.6 million.

Having won a clear mandate in the 2017 elections, Prime Minister Edi Rama has been riding high. But his rule has been tarnished by poor governance, pervasive corruption, and economic mismanagement, and his leadership style has alienated many.

As is the case with some other East European leaders, Rama has become decidedly more authoritarian, corrupt, arrogant, and less transparent. He has attempted to maximize his power, shrinking public space, undermining independent institutions, stacking the judiciary with loyalists under the guise of reforms, and marginalizing the opposition. Rama has instituted a kleptocratic model of governance, granting no-bid contracts worth hundreds of millions of dollars to companies close to the government. The patron-client relationship between government officials and prominent businessmen has deformed the government decision-making process, violating the basic rules of the game, distorting market competition, and leaving ordinary Albanians without meaningful ways of effecting change.

The media environment has become less free and independent. The Prime Minister has steadily challenged the very notion of an independent media, launching his own, online outlet, ERTV. He has steadily undermined the media, using an increasingly aggressive and threatening rhetoric, and characterizing them as “trashcan media.” His recent attacks on the VOA, for airing a report on collusion between Socialist Party officials and organized crime groups during the 2017 elections, were breathtaking in their audacity.

Many journalists, vulnerable to political and economic pressure, practice self-censorship and avoid reporting about taboo topics. It is troubling that in 2019, the Albanians must rely on the international media, including the VOA, for reporting on sensitive issues.

Rama has refused to address the many scandalous revelations of corruption, including the publication of wiretaps revealing the involvement of senior Socialist officials with organized crime groups in vote buying during the 2017 elections. He has unabashedly provided impunity to high officials despite clear evidence of corruption and collusion with organized crime groups and drug traffickers.

The State Department’s 2019 International Narcotics Control Strategy Report, released in March 2019, identified Albania as a key transit country for narcotics distribution and “a base of operations for organized crime organizations operating in the United States, Europe, the Middle East, and South America.” The report listed Albania as a major money-laundering country, and added that, “Official corruption is pervasive and fosters an environment in which drug traffickers are largely able to operate with impunity.” The State Department report noted that justice reforms were undermined by “pervasive corruption.”

It was against this background that the Democratic Party-led opposition decided, in February 2019, to withdraw its deputies from parliament. This unprecedented step pushed Albania into a state of increased tensions, which risks violence, governance breakdown, and the postponement of Albania’s EU integration. Rama has dismissed Democratic Party leader Lulzim Basha’s demands to resign and create a technical government as simply an attempt to grab power. Despite the urgency of the situation, the Prime Minister has thus far made no serious effort to reach out to the opposition.

There is no question that the Democratic Party and other opposition parties had a litany of legitimate grievances. But by withdrawing from parliament, they simply abdicated their responsibilities to their electorate and made it easier for Rama to move in a more authoritarian way. Arguably, Basha could have pursued a two-track policy: remain in parliament and challenge Rama’s governance and power structure, while at the same time mobilize support for nation-wide protests, develop an alternative platform, and work to position his party as best as possible to win the next local and parliamentary elections. While Albania’s elections have in general been problematic, they offer the best and most realistic opportunity for the opposition to dislodge the governing party.

Basha took this hugely important decision in the absence of a real, honest debate about the rationale and potential risks of such a course and without any serious effort to enlist international support. Few Democrats had the courage and opportunity to question the assumptions under which the decision was made. As should have been expected, the United States and the European Union expressed support for the government and criticized the opposition.

While Basha has been able to organize large protests in Tirana, it is not clear to what extent the opposition’s message has resonated with the populace. There has not yet been a critical mass of public pressure that would force Rama to resign or radically adjust his position. The society at large seems disillusioned and increasingly disinterested in politics and unwilling to act. Despite growing discontent with government policies, ordinary Albanians have displayed little enthusiasm for societal activism that would bring much desired changes, apparently believing that they have no influence over the political system. It is not clear if Basha has a strategy to broaden his party’s appeal and engage the civil society, which would help the opposition sustain the protests and convince Rama to compromise. There is a huge disconnect between the means at his disposal and his desired ends. Lack of a road map and Rama’s staying power could lead to an erosion of support for Basha and fragmentation of the opposition bloc.

Rama does not seem to comprehend the magnitude of the challenges his country faces and has adopted an uncompromising position. The international community’s criticism of Basha’s decision and reluctance to seriously scrutinize the government’s policies and actions, have emboldened Rama, giving him confidence in his grip on power. His strategy has been to portray a sense of normalcy, embark on the offensive with his own rallies, hoping that in due time support for the opposition will vanish.

This is a short-sighted policy. The longer the crisis continues, the greater the risk that Albania will face a potentially combustible situation.

Albanians today appear dangerously adrift and without a clear vision for the future. They seem to have lost trust and confidence in their leaders and in themselves. They are likely to suffer further setbacks unless they make some critical choices and develop a strategy that will not only reverse their current backsliding but will set their country on a clear democratic path.

In past crisis, Albanian leaders were able to forge, at the last minute, unexpected and face-saving deals. While there has been a serious breakdown in trust and communication between the government and opposition, there is still time for a compromise to end the cycle of escalation that is essential for maintaining the nation’s social cohesion. But this requires political will on both sides to deescalate the conflict and pull back from maximalist demands. Thus far, political will has been missing and the current situation could easily settle into a prolonged stalemate.

However, unless Albanian leaders make serious efforts to find a compromise, Albania will likely descend into a quagmire. An early test will be the local elections, scheduled for June. It is in the interest of both sides, that the opposition takes part in the elections. If Basha boycotts the elections, the opposition will deprive its supporters of representation and face the risk of being further marginalized. On the other hand, it would be shortsighted for Rama to go ahead with the elections in the absence of the opposition’s participation or to attempt to create his own opposition to dislodge the official one.

Current Albanian leaders are facing a crisis of their own making. Clearly, they have a responsibility to their nation to find ways to de-escalate the conflict and alter their country’s dysfunctional trajectory before Albania slides into a full-blown national emergency, with a high probability of civil conflict. The crisis could be defused with an agreement on the local elections, followed by changes in the electoral code and a deal on holding early parliamentary elections. It has become imperative that the 2008 constitutional changes be revisited with the objective of strengthening independent institutions and empowering the parliament. The current electoral law, which has led to a dangerous distance between the people and their elected representatives, must be changed. There is an emerging consensus that Albania should return to a mixed or winner- take-all system and shift away from the current proportional system.

But ultimately, any arrangement in the absence of a complete national overhaul and real, fundamental reforms will not necessarily deliver a clean break or revitalize the country’s political system. Albania desperately needs a restart and a national compact – an agreement on shared national goals, and principles of good governance – that would reshape the country’s political order.

The next phase could determine if Albania will evolve into a consolidated democracy or take a pro-authoritarian, one-party direction. The established political leaders, which have dominated the country’s politics since the early 1990s and are responsible for Albania’s lagging behind, have run out of steam and can no longer serve as a catalyst for fundamental change. Let us hope that three decades after the demise of communism, the Albanian society is able to produce new elites that will display the real statesmanship that the road ahead demands.

(Visited 68 times, 1 visits today)
→ Next Story
Albanian-American Relations in the Fall of 1946: A Stormy End