The Western Balkans after EU Rejections

–The EU Council did not announce a date for the beginning of accesson negotiations with Albania and North Macedonia.
–France’s new strategy for the Western Balkans could delay or prevent EU enlargement in the region.
–Western Balkans countries could look for hope outside of the EU. 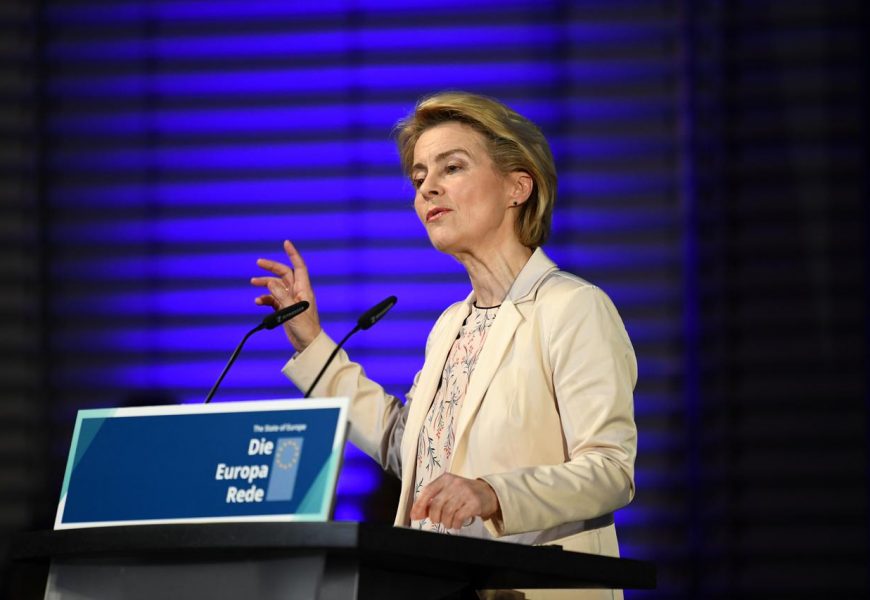 On October 18, the EU Council postponed the beginning of accession negotiations with Albania and North Macedonia for the third time.

Formally, three member states, France, Denmark and the Netherlands were against the talks. However the decision ultimately belonged to French President Emmanuel Macron, who requested a “new methodology” of enlargement-in which full EU accession of Western Balkan countries could be substituted with other arrangements. A new enlargement round after a 15-year pause appears increasingly unlikely

Probably, accession will be replaced with “special partnerships” or perhaps- although this is less likely- with the European Neighborhood Policy.

The EU’s restrictive approach toward enlargement will cause unpredictable geopolitical and domestic developments in the Western Balkans. Putting accession on hold means a strategic vacuum could arise in the region, allowing non-Euro-Atlantic players to step in. Without hope of becoming part of a united Europe, Balkan countries could turn to old dreams of unification within national borders. If the pan-European project fails, then Kosovo could seek to unite with Albania, or Serbia could attempt to integrate the Bosnian entity of Republika Srpska, potentially leading to more borders rather than fewer.

In October, Serbian President Aleksandar Vucic and President of Republika Srpska Milorad Dodik met Russian Prime Minister Dmitry Medvedev in Belgrade, and discussed joining the Eurasian Union. Serbia signed the accession treaty on October 25th, 2019. President Vucic also met with North Macedonian Prime Minister Zoran Zaev and Albanian Prime Minister Edi Ramaf in Novi Sad and later in Ohrid to promote his idea of a “Balkan mini-Schengen’’ which experts interpreted as an attempt to replace EU integration with regional integration. President Vucic introduced the project by saying: “We should care for ourselves, and we should think about regional links after EU rejection.” Kosovo and Montenegro turned down the proposal,considering it a replacement for EU accession.

According to a recent survey in North Macedonia, 8. 5 percent of its citizens perceive Serbia to be the country’s closest ally, compared to 7.7 percent for Turkey and only 4. 7 percent for the EU. A caretaker government will be in office until early elections on April 12, 2020. The country is poised to join NATO in the meantime. By the end of October 2019, 86 percent of NATO members had ratified the accession protocol.

In all likelihood, Brussels’ third negative answer for Tirana and Skopje will not only cause public resignation and great disappointment with the EU but it could also impact governments, leading to early elections and unpredictable political configurations. In North Macedonia early elections are scheduled for April 12 next year. The opposition in Albania has recently requested early elections and the resignation of Prime Minister Rama. The latter has turned down the demands, but the situation could evolve rapidly.

In the upcoming elections, will popular resignation with the EU push Albania and North Macedonia toward more nationalistic narratives and new anti-EU governments? This is unlikely considering that both countries have reiterated their commitment to the EU. In North Macedonia, President Stevo Pendarovski and all political parties reaffirmed the country’s strategic orientation toward the EU and NATO the day after Brussels’ announcement. Albanian Prime Minister Rama declared his willingness to stay on the path to EU integration as well.

But this third rejection from the EU Council still sends the region a message- accession is uncertain. The Turkish case shows this could push the region toward Russia. Like Croatia, Turkey began accession negotiations in October 2005, but no progress has been made since then and the country is now in a strategic partnership with Russia.

The EU miscalculated by failing to announce a start date for the accession negotiations- which are only the beginning of a long process but the governments of Albania and North Macedonia are also partially responsible for this negative outcome. The rule of law remains a key precondition for EU accession. The EC made eight requests to Albania and four to North Macedonia in this area. Both governments underestimated the importance of these criteria, especially at a time when the rule of law is becoming a crucial issue not only at the EU level, but also for EU member states.

Furthermore, the new French strategy for the Western Balkans- which rests on President Macron’s doctrine of deeper, not wider integration will probably be to postpone enlargement considerably. The proposed “new methodology” will lead to a slower, more restrictive, and reversible process. This could also lead to “temporary accession” meaning a revocable form of integration.

There will likely be no enlargement before an institutional reform within the union takes place. A new model of EU relations with the Western Balkans, which will not guarantee full EU membership, is not excluded.

Besides this strategic orientation, enlargement procedures and instruments will be revised too. Reversibility will be introduced, which will allow the EC to backtrack during the accession process if it deems necessary. All of this will significantly prolong the road to membership. As of now, it is unrealistic to expect that a Western Balkan state will join the EU before 2040.

President Macron’s approach to the Western Balkans implies a much tougher stance toward the EU enlargement process in the region, requesting deep reforms in the rule of law. The European Commission followed in France’s footsteps by publishing “Rule of Law Blueprint for Action” in July 2019. Based on this new EC document, the rule of law will be a top priority of the EU Council. A review cycle will be established to monitor member states, and a mechanism to enforce the rule of law at the EU level “when national mechanisms falter” will be introduced. If a stricter monitoring mechanism is established for current EU members, what should we expect for candidate states? It is likely that the EU, like France, will take a much stricter approach toward EU enlargement, with additional emphasis on security and the rule of law.

The implications of these two documents became clear on October 18, when the European Council did not announce a date for the beginning of accession negotiations. Instead, the council declared it would reassess the issue at the May 2020 EC meeting in Zagreb, although Italy is trying to include it in the agenda of the November 19 meeting of the General Affairs Council.

Key EU leaders (Donald Tusk, Jean-ClaudeJuncker,Johannes Halm, Federica Mogherini) were disappointed by the EC’s failure to announce a Date and the European Parliament made a renewed request for accession negotiations to begin. In neighboring Bulgaria, a protest against the EC refusal was organized in front of the French Embassy in So fiat with protesters accusing the EU of “abandoning the region a the periphery of history again.”

The United States has expressed its disappointment with the council’s decision. In response, the Russian Ministry of Foreign Affairs posed a question to the U.S. State Department: Does the U.S. share a border with Albania and North Macedonia? This unusual diplomatic correspondence between Washington and Moscow shows once again that the Balkans remain a strategic location in Europe.

In 2020, once the United Kingdom leaves the EU and German Chancellor Angela Merkel steps down, Mr. Macron will be left as Europers predominant leader. He could adopt a stance similar to that of President Charles de Gaulle after World War II: France – Germany down and Britain out. This vision could create profound divides across the continent, fracturing old and new Europe; north and south; center and periphery. If the Western Balkans stay out of the EU, they could easily “import” Hungarian Prime Minister Victor Orban’s model of illiberal democracy and slowly revert to pre-democratic systems.

The most likely scenario from a geopolitical standpoint is that the EU Council’s refusal will affect the whole region, not only North Macedonia and Albania. There could be collateral damage, but the main casualty will be European unity. As European Commissioner for European Neighborhood Policy and Enlargement Negotiations Johannes Hahn mentioned, the decision risks destabilizing the Western Balkans.

The EU enlargement policy was created as a project meant to democratize states outside of theEU so as to reduce security risks. But now, how will Brussels convince the six countries that waited for decades at its doors that their efforts will bring them membership? How will the EU convince Kosovo and Serbia to normalize their bilateral relations if Brussels refuses to reward the Macedonia-Greece name deal?

Western Balkan countries currently find themselves in a situation similar to Central and Eastern Europe in the 1990s- faced with an uncertain future, waiting to see if they will become members of the club one day. To dash these hopes by replacing accession with a strategic partnership modeled on the European Neighborhood Policy would be a crucial strategic mistake.

The regional impact will likely be worse. Candidate countries will be unwilling to wait for the announced “new methodology’ of accession, sensing that the lack of strategy could leave them standing at the EU’s door for another 20 years. The uncertainty has gone on for too long, in particular now that the region faces such acute demographic flight. Vague European planning will open the door to security threats. Chinese money and Russian weapons will offer an alternative for the region.

Coincidentally, on October 24, a train arrived in Belgrade from China, inaugurating a new freight railway between the two countries. On the same day, Russian S-400 missile systems arrived in Serbia. A day later, Serbian Prime Minister Ana Brnabic signed the accession treaty of the Eurasian Union, joining Moscow’s regional integration project. After 20 years of fruitless expectations, and no clarity ahead, the EU risks pushing the region away from Europe and toward regional integration with the east. Balkans countries are too small to act independently and need international alliances. Abandoned by the EU, only their NATO memberships will prevent history from repeating itself. 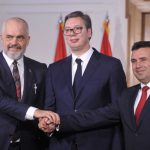 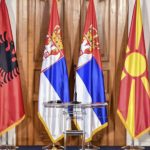 Next Story
Tirana Observatory Forum: On the Initiative of Establishing a Western Balkans Schengen