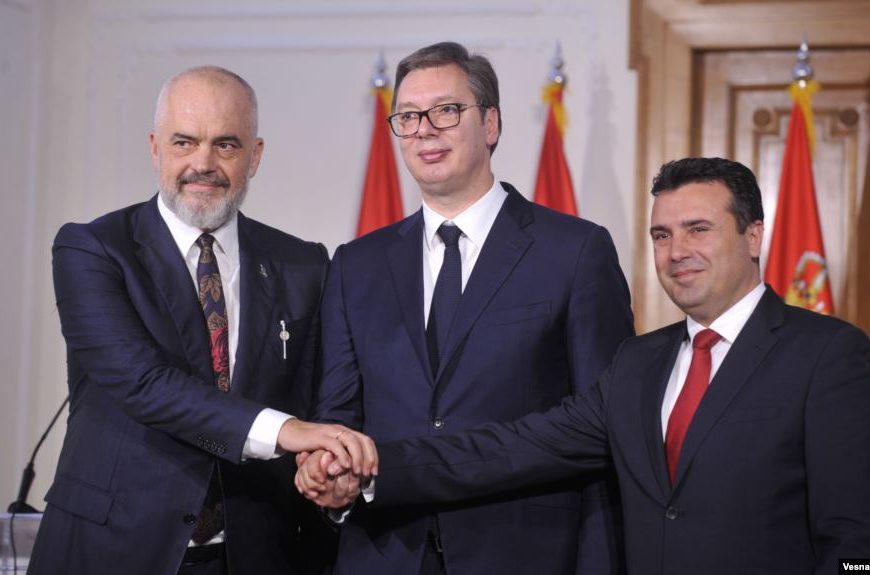 Improved cooperation in the Balkans is an ever repeated demand voiced from outside, the EU in particular, but also from the countries concerned. At least three major basic institutions have been formed to initiate, push and alleviate regional cooperation in the Balkans: the Regional Cooperation Council (RCC), the Southeast European Cooperation Process (SEECP) and CEFTA, the Central European Free Trade Area, which de facto –after the EU-accession of the Central European countries: Poland, Hungary, Czechia, Slovakia and Slovenia in 2004 and of Romania and Bulgaria in 2007, as well as of Croatia in 2013 – has become an  exclusive Western Balkans European Free Trade Agreement (including however also Moldova)! In addition several agreements on certain limited areas of intensified cooperation have been signed, like the Central European Initiative (CEI), the Adriatic Ionian Initiative (AII), the Energy Community Treaty, the Regional Youth Cooperation Office (RYCO), the Electronic Southeastern Europe Initiative (ESEEI), or the Transport Community, to name only a few of some six dozen cooperation initiatives which frequently overlap in terms of priority areas and were not always followed up with concrete outcomes!

Until recently, practically all of these cooperation initiatives in the Western Balkans have been externally (EU) initiated and driven. The two main purposes behind them have been – and still are – enhanced economic development in all participating countries and reconciliation between them. These two motives have been voiced also when on October 10, 2019, at a meeting of the Prime Ministers of Albania, Northern Macedonia and Serbia in Novi Sad a document was signed announcing the creation of a so-called “Little Schengen” area that foresees free movement of goods, capital, people and services. The objective of this initiative is to create conditions by the end of 2021 for the citizens of the three countries to cross borders carrying only an ID card, and also to work in any of these countries without a work permit. President Vučić announced the three representatives will present “most concrete” measures to implement these initiatives at the next meeting which will be held in Ohrid on November 10[1].

In principle, any initiative that helps to alleviate and improve economic cooperation and free movement of people in the area must be welcome. In fact, intra-regional trade in the Western Balkans is still far below capacities. Simon Elis, a program leader of World Bank for Western Balkans numeralizes the respective gap by 35%. And it certainly is true that queuing of commercial trucks at the borders costs time and thus money, and Western Balkans citizens look with envy at the free movement possibilities that their neighbors enjoy in 26 EU- and non-EU-countries (plus the three micro states Monaco, San Marino and the Vatican).

However, Schengen Area is a label that is not so easy to fill. First of all, in the case of the Novi Sad agreement, so far only three countries are contracting parties! Albania´s PM Edi Rama rightly immediately demanded that all six WB countries should participate because as one can learn from the original Schengen, the outer borders of the area must be even more intensively controlled than before: before fully implementing Schengen-like rules, each state must have its preparedness assessed in four areas: air borders, visa, police cooperation, and personal data protection.

What will a “Little WB-Schengen” mean for Bosnia & Herzegovina and also for Kosovo? Can Republika Srpska, that wants to maintain its special close relationship with Serbia, live with such a new constellation where it will be confronted with a strict “Schengen border regime” vis-à-vis Serbia? Albania and Kosovo are about to intensify their special relationship which certainly goes beyond good neighborly contacts! Again: a strict new “Schengen border regime” between Albania and Kosovo cannot be accepted by neither. Furthermore, what about Kosovo and its relationship with Serbia, the latter still claiming it a south-Serbian province with only a very special internal demarcation regime and holding special relations with its co-nationals in Northern Kosovo? To accept Kosovo in toto as a contracting state is not acceptable for Serbia as long as no final bilateral agreement has been signed. But to exclude Kosovo completely from such a “WB-Schengen Area” is also not possible! How to deal with that?

It seems as if a membership enlargement of the new “Balkans Schengen Area” is too problematic to happen: Montenegro might not be a problem if it wants, but Podgorica is now concentrated on its EU-membership process, and is also concerned whether and how the new WB Schengen construct will comply with EU-membership, and thus might become just a temporary intermediate constellation – like CEFTA-membership! Bosnia & Herzegovina upholds two special relationships: one of Republika Srpska with Serbia proper and the other of the Bosnian Croats with Croatia. How to handle this when a “Little WB-Schengen” is established?

Anyhow, so far it is totally unclear how far the WB-Schengen regime as such shall go. In the original Schengen Area no border controls between member states exist anymore. The WB-Schengen still mentions that “only ID cards” must be carried, but it is not yet clear whether controls will completely be abandoned. At any rate, channels of communication, exchange of information, i.e. an integrated information system, and early warning systems must be established, which require also new institutions and trained personnel. This can improve the control of illegal migration, but open borders can also first of all, under present conditions (high degrees of organized crime and corruption in all three countries) bring benefit and relief to criminals and drug cartels, which can handle their deals even faster and with even less control. And how will new regulations for the WB-Schengen Area – that in addition to the free movement of persons shall serve the flow of goods and services – comply with all these already existing regional treaties and conventions that deal with regional cooperation and infrastructure agreements in the wider region where more than the three WB-Schengen countries are members of?

Thus one might conclude that although the intention to open borders to facilitate the free move of people and business can only be supported, the construct will very probably remain “little” concerning the territorial expansion, but also with regard to the “ingredients”: still many questions remain open concerning the applicability. The latter might limit the actual scope of the initiative.

Prof. Franz-Lothar Altmann is Associate Professor at the UNESCO department for International & Intercultural Relations at Bucharest State University. He is a longtime AIIS Senior Associate and Member of the Tirana Observatory Board. 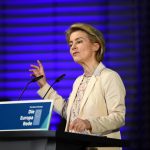 Next Story
The Western Balkans after EU Rejections