European Union failed to decide to open accession negotiations with North Macedonia and Albania in October 2019, despite the positive recommendation from the Commission. France was the most active against opening negotiations and it was backed with some other member states. This situation and negative reactions among member states that were in favor of opening the talks and consequences this decision would bring to global credibility of EU, brought back the future of enlargement on the agenda of the EU. 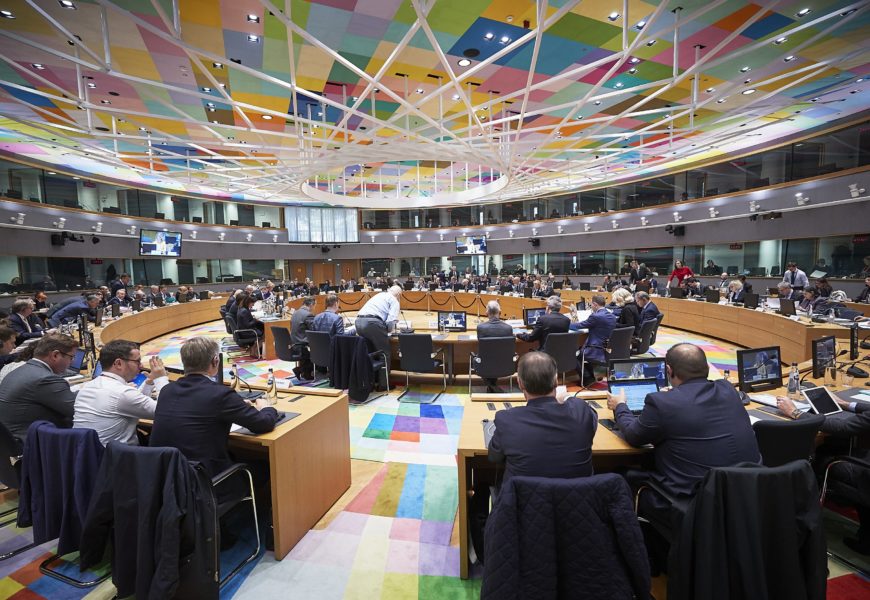 European Union failed to decide to open accession negotiations with North Macedonia and Albania in October 2019, despite the positive recommendation from the Commission. France was the most active against opening negotiations and it was backed with some other member states. This situation and negative reactions among member states that were in favor of opening the talks and consequences this decision would bring to global credibility of EU, brought back the future of enlargement on the agenda of the EU. Majority of EU actors described this decision as a mistake.

The way out of this situation appears to be found in changing the methodology of running accession negotiations. Think tanks across Europe, including European Movement in Serbia[1] have been advocating for change in accession negotiations for years now. We are all pointing that current model of running negotiations is deprived of political leadership, made too administrative and segmented and that is doubtful if it can lead to membership of WB countries.

After October decision, in November France[2] published its non-paper proposing changes in the methodology. In reaction to this, in December nine EU members states published their non-paper.[3]  In order to streamline the debate, the Commission proposed to make a synthesis of proposed changes and to publish an official proposal of overhauling the accession negotiations that would be adopted by member states in March 2020, allowing the Commission to prepare an investment package for WB by EU Summit in Zagreb in May 2020[4].

The immediate result of this debate is the conclusion that current way of running accession negotiations if abandoned. So far, negotiations with Serbia and Montenegro were run in a slow-motion way, without political drive and high-level political involvement, particularly on the EU side. Today, pace of enlargement is left to candidate countries to decide, which leads to slowing down the internal reform process. The situation with 2004 enlargement was quite the opposite. There was a strong political steer by highest political level in EU defining enlargement as the top EU priority.

In that respect goal of the new methodology is to give more credibility, bring more political steer, more dynamics, predictability and positive and negative conditionality to the process. Having in mind constraints of the paper, I will focus on major changes but also demonstrate that many of “new elements” already existed before.

The methodology declares that full membership and preparing candidate for it is the goal of the exercise. This is repeated several times in order to break the dilemma that is growing for some time over this issue, particularly since October and alternative possibilities being debated and promoted.

Major change proposed is to bring back the political steer of the enlargement that was missing since 2007. This political steer will be present throughout the process, increasing the presence of member states through direct contributions to the annual reports and through sectoral expertise. Member States could also review and monitor overall progress more regularly. The Commission will propose in its annual enlargement package the way ahead for the following year in greater reform detail, for approval by Member States, including proposals for corrective measures. Country-specific IGCs should take place after publication of the Commission’s annual package of reports and provide the fora for political dialogue on reforms and set out the planning for the year ahead, including opening and closing of chapters / clusters of chapters and possible corrective measures. All sides will have to ensure representation in the IGC at the appropriate level to allow for a productive political dialogue. Implementing this will bring enlargement back on the high-level political agenda.

Deeper political stocktaking should occur on eight occasions during negotiations (once interim benchmarks are met on fundamental reforms (chapters 23 and 24), before opening each of six clusters, and once overall negotiations are technically ready to close). This would be the major change in the approach leading to more focused and timed reform process pressing Government in the candidate countries to deliver tangible reforms. This should also prevent member states of introducing new conditionality once stocking is finished and clusters are opened. With eventually four candidate countries running negotiations, this will start a positive competition in the WB.

Democracy is a foundation of stability of the region and greater commitment of WB leaders towards EU values and their promotion is required in order to build trust between parties. This is particularly linked to EU values that must promoted and communicated to population and the rule of law, that is in the core of the methodology. If fully implemented this will lead to the end of stabilitocracy in the WB. Additionally, an active societal choiceon part of WB to reach and respect the highest European standards and values is expected, meaning that real changes in lives of citizens have to become visible, leading to transformation of the Western Balkans into functioning market economies able to integrate fully into the EU’s single market, to create jobs and entrepreneurial opportunities, to improve the business and investment climate, to promote the rule of law and to stop the brain drain from the region.

Countries moving closer to EU membership will have more opportunities to participate in work of the EU, by phasing in individual EU policies and increased funding and investments in order to strengthen local economies.

Negotiation chapters will be clustered in to six clusters. All chapters within a cluster will be opened jointly but closed individually. This will change the dynamics of reform activities of candidate countries as compared to Serbia and Montenegro. Candidate countries will have to focus on all chapters in a cluster simultaneously in order to open any of them. On the other hand, when a cluster is ready, they will open eight/nine chapters in one IGC, which was unprecedented in cases of Serbia and Montenegro. It will require more efforts in the initial part of negotiations but could lead to acceleration in the later stage.

Proposal envisages a series of possible sanctions if a country does not deliver its homework.  Negotiations can be put on hold or suspended overall, temporarily closed chapters can be reopened, intensity of funding can be reduced (with exception to support to civil society). It must be clear that all these possibilities exist today and are part of EU negotiation frameworks for talks with Serbia and Montenegro.

At the end we can conclude that the new methodology is a document primarily developed in order to allow EU member state to get out of the dead end October failure put them in and open the door for reaching the internal EU consensus on the enlargement. Its secondary role is to put more political energy into the process and make the process more functional. As the Commission stressed “maintaining and enhancing this policy is thus indispensable for the EU’s credibility, for the EU’ success and for the EU’s influence in the region and beyond – especially at times of heightened geopolitical competition”. Apart from trying to solve internal problems regarding enlargement, the Commission proposed changes and new opportunities that can assist candidate counties in running accession negotiations. This is particularly important for Montenegro and Serbia that have already advanced and more political steer is lacking in their negotiations. Its existence will help them accelerate the process if they are willing (able they certainly are) to deliver on rule of law. At the same time all possibilities of sanctioning, “proposed” in the methodology were already present in accession negotiations.

When it comes to Albania and North Macedonia proposed changes are positive and/or neutral when compared the model of negotiations with Serbia and Montenegro. Clustering would force governments gather their forces around clusters rather than individual chapters, but conditions for individual chapters will remain the same. Negative effects of possible “increased“ possibility of sanctioning can be expected in case the situation in the rule of law is deteriorated in these two countries. However, there is not actually increase in sanctions since all mentioned possibilities already exist for Serbia and Montenegro.

Enlargement can be successful only if it is a joint venture of EU, member states and a candidate country. Candidates cannot join without EU pulling them in. More political steer is proposed to that effect. However, it must be clear that no change of the methodology would help if political will is missing, both the EU and in the WB. This methodology once adopted will put that political will to the test.

Dr. Vladimir Medjak is the Vice-president of the European Movement in Serbia and former Chief Legal Adviser in the Team for Accession Negotiations of Serbia to the EU.

[1] Twelve Proposals for EU Enlargement from the Western Balkans, http://www.emins.org/product/twelve-proposals-for-eu-enlargement-from-the-western-balkans/ 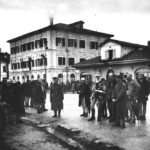 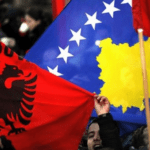 Next Story
Kosovo and Albania – Deconstruction of the Idea of Unification