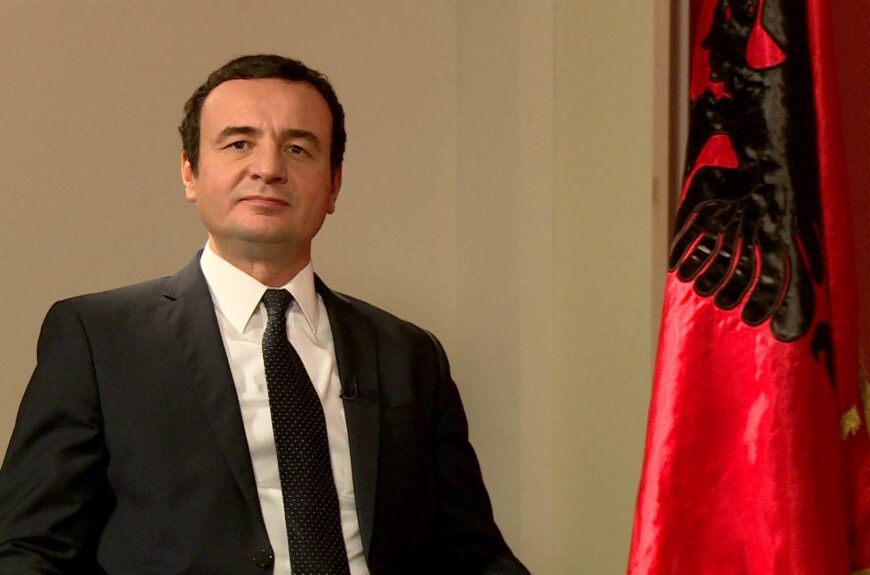 Albin Kurti’s Vetevendosje landslide victory on February 14 elections this year came as blow to the old elite of post-war Kosovo. He was elected Prime Minister after years of struggling in the streets of Kosovo against almost everyone. The Self-Determination Movement (Vetevendojse in Albanian) was founded as a protest grassroots movement while Kosovo was under the administration of the international community in the 2000s and then was transformed into a political party after Kosovo declared its independence from Serbia in 2008.

Unlike most parties in the Balkans, Vetevendojse was inspired by leftist anti-colonial movements of the modern era mixed with a fervent nationalist rhetoric. In the 2000s Albin Kurti focused his movement’s target against international community’s policies in Kosovo. He opposed every single proposal of the internationals on the final status question of Kosovo, including Marti Ahtisaari’s Comprehensive Proposal for the Kosovo Status (Ahtisaari Plan) which ultimately granted Kosovo independence from Serbia. Kurti insisted Kosovo should unite with Albania through a national referendum. This way, Kosovo’s final status would be solved in line with the principle of self-determination of nations. Though Pristina declared its independence from Serbia according to the Ahtisaari Plan which prohibits the unification of Kosovo with any other country, Albin Kurti continued flying the banner of unification with Albania what rightly gave him a nationalist outlook.

Nevertheless, while Kosovo entered the post-independence era, Vetevendosje’s nationalist rhetoric waned. Kurti’s public discourse twisted more towards anti-corruption, employment and fight for justice spectres as Kosovo exhibited major flaws in these areas. The unemployment rate among the youth was reported to a high record of more than 40%, whereas corruption became a wide spread phenomenon and inequality increased. This brought about massive dissatisfaction among Kosovo citizens which was harnessed politically by Vetevendosje. Kurti stepped into the shoes of modern politicians and pressed the right buttons of the electorate. During the last electoral campaign Vetevendosje put forward a highly ambitious political manifesto on employment, economic equality and social justice. The leader of Vetevendosje deliberately downplayed the importance of one of the most pressing issues Kosovo’s statehood faces internally and externally, the dialogue with Serbia.

Being aware of unrealistic pledges Kurti made to the people of Kosovo on the road to the post of Premiership, he is now trying to deflect public’s attention from the acute challenges Kosovo faces both domestically and internationally by playing out with Albanians’ national sentiments. Kurti appeals to the idea of portraying himself as a leader that speaks to all Albanians in the region.

On April 25, Kurti became the first incumbent Prime Minister of Kosovo to go and cast the ballot in Albania’s general elections. Two weeks ahead of elections, he appeared by the side of Vetevendosje’s (a separate branch of his party in Albania in opposition with Prime Minister Rama) candidate for MP in the historic city of Lezha. He openly called on Albanian citizens to vote for change. This interference in domestic affairs of Albania may not only lead to unnecessary tensions of Kosovo’s relations with the incumbent Albanian government, but also send wrong signals to the region and Western powers. Viola von Cramon, the rapporteur for Kosovo at the European Parliament, considered unacceptable that Albin Kurti voted for the elections in Albania. The same reaction came from Richard Grenell, former special envoy of President Trump for Pristina-Belgrade dialogue. At the end of the day why on earth should the international community work to strengthen Kosovo’s statehood while the incumbent Prime Minister does not fully believe in this project?

Kurti must know that Western powers are terrified of nationalist projects like Great Serbia and Great Albania. They have invested billions of dollars and massive human resources to secure peace and stability in the Balkans by cooling down ethnic divisions and preventing hyper nationalist projects. Therefore, instead of feeding international media outlets and Western powers with empty nationalist rhetoric, Kurti would better take tangible actions to foster Kosovo’s economic and cultural ties with Albania and other counties in the region. Both Albania and Kosovo can also align their foreign policies on national interests without ringing the bell of old-fashioned nationalism.

In the same vein, Prime Minister Kurti doesn’t seem ready to cope with the heavy burden of the EU mediated dialogue on normalisation of relations with Serbia. While in opposition, he has attacked every single agreement Kosovo has signed with Serbia. This has left him little room for manoeuvre now that he sits in the office of the Prime Minister and has to take tough decisions. That’s why his approach to the dialogue seems to be more tactical than genuinely concerned with a realist outcome. Whilst the international pressure is mounting on him to resume the EU mediated dialogue with Serbia, Kurti vowed to sue Serbia for genocide in the International Court of Justice. This may be right from a historical and justice perspective, but it does not really address the biggest problem Kosovo faces in international arena, striking a final comprehensive agreement with Serbia based on mutual recognition which would open the door of UN and other international organisations membership. Though, the EU mediated dialogue with Serbia has produces no sweet fruits for Kosovo, the incumbent Prime Minister in Pristina should not hinder it by misusing national and war legacy sentiments. He better engages smartly with the dialogue to flip the side of the international community to Kosovo when US-EU relations seem to have gained their pace after Joe Biden entered the White House this year.

In this regard, somebody close to Albin Kurti should shake him up and remind that now is the Prime Minister of Kosovo not the snobby rebellious of his early days. He should act like a Prime Minister and take decisions that benefit Kosovo and its citizens. A significant first step in this direction is to drop nationalist rhetoric and live up to the promises he made to the people.

*Altin Gjeta holds a Master of Arts in International Relations and Politics from University of Westminster, London. He wrote his MA thesis on “Multiethnic Statebuilding in Kosovo”. Currently Altin is a visiting lecturer in politics at University of “Aleksander Moisiu” in Durres, Albania. 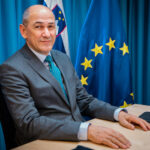 Previous Story
The ‘non-paper’ Carving up Balkans and Undermining Europe
→ 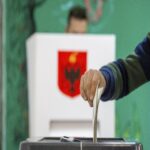 Next Story
Albanian Elections: The State VS The Opposition