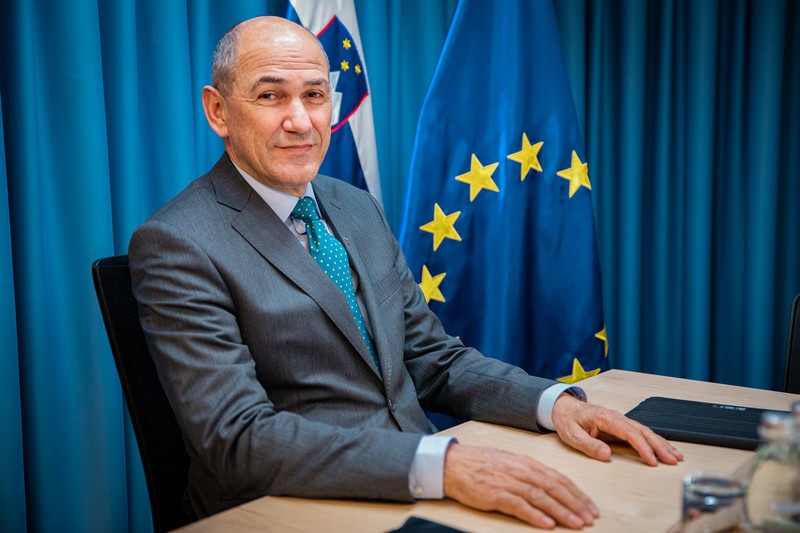 By Vesna Pusić and Sonja Biserko.

There is a spectre haunting Europe, the spectre of partition, as authoritarian populists in the region and in the European Union itself have sought to expand the realm of the possible to include a final regional carve-up that would not only be detrimental to the region, but would demonstrate that the EU itself is on a downward trajectory, moving far away from the goals of a continent that is whole, free and at peace.

In spite of all the denials and disclaimers, it seems clear that the non-paper “Western Balkans – a way forward” – a document that explicitly proposes the redrawing of borders in the region according to ethno-national/territorial groupings – exists, though its origins and intent remain in doubt.

In addition, the confirmation and later denial of having received the document by the office of the president of the European Council points in the same direction, indicating that the EU institutions were in fact presented with it.

Such ideas and agendas never left the minds of ambitious nationalist ideologies, but they resurface with virulent danger because the EU and the US have not demonstrated sufficiently strategic, constructive and credible engagement in the region for a decade and a half.

This most recent paper could be a more serious project than many would like to think, playing to Russia’s advantage. New chaos in the Balkans seems to suits Moscow.

Donald Trump’s rise, his transactional worldview, his contempt for liberal values, and his general disinterest in the Balkans was taken as a cue by regional leaders to pursue their own illiberal interests without artifice or restraint.

It led to the embrace of the proposed partition of Kosovo already in 2016, resurfacing in 2018 marketed with euphemistic labels (“land swap,” “demarcation,” or”border correction”), but not camouflaging their wider intentions.

This was the final straw for a West’s zombie policy in the region – the borders of the Western Balkan states was the only real stable element, and they were by implication as a whole guaranteed by the settlements at Dayton, Kumanovo, Ohrid, and the Montenegrin independence referendum.

Elite nationalist agendas never disappeared in the Balkans; they had been suppressed and deterred by a West that hoped the EU enlargement process would obviate the need for deterrence.

In the meantime, the EU’s transformational potential decreased, liberal values lost primacy and local leaders took advantage of the strategic vacuum left by the West to deploy their manipulative policies.

The global crisis of democratic liberalism laid bare the fragility of democracies – including in the western Balkans. They increasingly turned to illiberal practices, growing authoritarianism and all forms of (conservative) far-right populism.

The standard definition of stupidity: Repeating the same unsuccessful procedures, hoping that they will produce a different result.

At this point in time the only really stable element in terms of relations among the Balkan states are the borders.

In addition, the non-paper is unhelpful for the prejudicial and orientalist tropes it perpetuates.

Bosnia-Herzegovina is not a state of Islamic fundamentalism, nor a Turkish proxy.

This is a myth and a lie perpetuated by violent nationalists since the earliest days of wartime ethnic cleansing, seeking to justify their own territorial ambitions, while also creating an “us and the other” aimed to implode the formerly diverse country.

Although nobody expects that the redrawing of borders in the Balkans is realistic at this point in time – nor that it could be done without bloodshed or massive population movements – the infamous non-paper has in a way already achieved its purpose by setting a bar for the most extreme and outlandish idea.

By suggesting a future defined by a shrivelled and land-locked Bosnia-Herzegovina, an amputated North Macedonia and a Kosovo grafted onto Albania, one can see that either the authors don’t envision an EU future for these countries, or see a future of an EU that is more nationalist/populist and less value-based itself.

Yet once on paper, what was unthinkable before, is a picture in people’s minds today.

Do the Balkan states have serious problems? Yes. Are they driven more by poor governance and self-serving and corrupt elites? Of course. Should we start solving these problems with the help of an active involvement of international anti-chaos alliance? Absolutely.

But giving in to the chauvinist passions of the worst among the Balkan politicians cannot assist in this process. It would be like trying to deal with race-relations through apartheid.

The challenge of fostering a conducive environment for citizens in the Western Balkans to develop functioning, prosperous democracies is within the West’s capacity to meet, if it can summon the vision and will.

These remain lacking to date.

The general disposition of US president Joe Biden is clear on values; we have yet to see this demonstrated convincingly in practice in the Western Balkans.

The EU also has strong values assets, but these have been devalued through inattention, lack of leadership, and avowed illiberalism in the EU’s own ranks.

Serbia’s president Aleksandar Vučić has been the greatest beneficiary of the West’s rudderlessness, taking full advantage through a policy of arbitrage and regional power politics.

Given the EU’s current interregnum – the end of the Merkel era in Germany and France’s president Emmanuel Macron leaning ever rightward – there is no critical mass among member states to align on foreign policy matters. Therefore, the US must once again take a leadership role in rallying the West around a new strategic policy to ensure peace, progress, and prosperity in the Western Balkans.

Vesna Pusić was Croatian minister of foreign and European affairs from 2011 to2016.

Sonja Biserko is founder and president of the Helsinki Committee for Human Rights in Serbia. 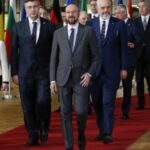 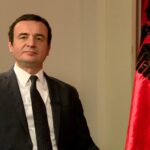 Next Story
Kurti’s gambling with nationalist sentiments must end