Without an enhanced engagement strategy, the EU risks losing relevance in the Western Balkans

An EU-Western Balkans summit will take place today in the picturesque estate of Brdo, hosted by the Slovenian Presidency of the EU. This is the fourth such summit, with the first one organised by the Greek Presidency in Thessaloniki in 2003. It was there that all countries of the region were promised an EU membership path and were told that their place is in the European Union.

That place has never seemed more insecure than now. To be sure, the process of achieving EU membership was always going to be hard, long and a moving target for the candidate countries. But the prospect was still within reach. That changed with the declaration of the former European Commission President Jean-Claude Juncker in 2014 that there would be no further enlargement until 2019.

At the time, this sounded like an overly cautious assessment. Today, committing to the accession of any of the Western Balkans states by the end of the decade would cause deep division among member states. For Albania, 12 years after the submission of the country’s application for membership and almost two years after the EU Council’s decision to open accession negotiations in March 2020, no formal date for the start of negotiations has yet been given. The reasoning for this is linked to the grouping of Albania with North Macedonia, whose bilateral issue with neighbouring Bulgaria has blocked the way forward.

The problem is not only the length and unpredictability of the process. It is rather the fading of its substance. The process of EU integration has failed to capture and correct the backsliding of those countries misleadingly named as front-runners, while the negotiation process has become a bureaucratic exercise shrouded in the incomprehensible language of benchmarks. This has neither translated into progress nor wellbeing for the citizens of these states.

The hollowing of the substance of the accession process has come with a lowering of ambitions in relation to regional cooperation, too. Regional cooperation among the Western Balkan Six, as launched under the framework of the Berlin Process, has been built on four objectives: enhancing cooperation with the aim of fostering economic convergence; improving connectivity between the region and the EU; encouraging reforms related to the EU accession agenda, particularly those related to rule of law and anti-corruption; and finally, creating a conducive environment for solving bilateral issues and disputes.

Over the years, the process has come to be associated primarily with the implementation of the Common Regional Market, an objective agreed upon by the leaders of the region at the Sofia Summit last November. The political framework which linked regional cooperation to the EU accession process on the one hand, and solving bilateral issues on the other, has largely slipped to one side.

Today, at the EU-Western Balkans Summit, the EU member states have a chance to recover some of the leverage the EU has lost in the past few years in the region. There are at least four ways in which the EU and the Western Balkans can engage in more meaningful ways.

First, they must keep their promises. The accession negotiations with Albania and North Macedonia should open within a year. Kosovo must be granted visa liberalisation. Kosovars, a people of over two million, are now the only people in Europe prevented from entering the Schengen area without a visa, despite fulfilling all technical criteria since 2018. The process of accession negotiations will be long, tedious, and reversible, and the accession process may not look like any of the accession processes so far. But it will recover trust, the credibility of the EU, and still sustain the pressure – thin as it is – needed to implement a reform agenda. And it would certainly help to balance the role of Russia and China in the region.

Second, it is necessary to prepare for the long term. As accession negotiations continue, the EU will need to create and revamp its package of incentives for cooperation and help deliver on reforms for the Western Balkan Six. To be clear, the EU remains the main trade partner for the region. In the past two years, the EU has provided no less than 3.3. billion euros, together with the European Investment Bank, for tackling the Covid-19 health crisis and for helping the post-pandemic socio-economic recovery, out of which over 761 million euros have gone to support the recovery from the social and economic impact of the crisis. This investment must be secured and sustained through the preparation of the region to gradually integrate into the single market.

This might be done only gradually, within a plausible time frame and under conditions which do not burden the already weak post-pandemic economies of the region with extraordinary structural costs. This includes engagement with the private sector. Supporting companies from the region with the aim to integrate them into European supply and value chains might be one way. Helping small and medium enterprises to become more financially and technologically apt is another.

The full implementation of the Common Regional Market must go in tandem with the implementation of the EU Economic and Investment Package of 9 billion euros approved last year, which is dedicated primarily to the improvement of infrastructure, rail and road connectivity, and energy and digitalisation in the region. The focus must be on the frontloading of funding for the key infrastructure projects which connect the region to the rest of the EU, and on improving the competitiveness and investment climate in the region so that the package succeeds in mobilising up to 20 billion euros in investment within this decade.

Third, the region must be helped to ‘build back better’. This does not only mean in relation to infrastructure and the economy but also, critically, the human resources and human capital of the region. The Western Balkans has experienced a profound brain drain with much of the labour force migrating over the past few years. The EU must engage with the Western Balkans for the gradual integration of the region into the European Education Area and EU initiatives to foster research and innovation. It will need to create specifically tailored programmes for the strengthening of capacities in these policy areas for the region. Admittedly, the only way to approximate legislation in the areas above is through actual negotiations of the related chapters of the acquis.

Fourth, the EU must engage politically with the region. There is only so much that trade and economic relations can do. If there is no political framework through which the EU can engage with the Western Balkans, trade is unlikely to work miracles and bring disputing parties together. It would have cost little to the EU’s member states to include the Western Balkans in the consultation process for the Brdo Summit Declaration, but this would have signalled real political will to engage with and listen to the countries of the region.

In the area of bilateral disputes, political coordination with the United States remains critically important, given the specific features of state building in the region. In this respect, the dialogue between Serbia and Kosovo must continue and it should be built on clear expectations and a roadmap, as well as real pressure from both partners on the parties to cooperate genuinely. This would include being bold enough to denounce any breaches and reinforce commitments.

The EU holds a degree of attraction not only because it is financially and economically useful, but because it has built its assistance to the region within a normative framework of values, norms and political identities. In other words, it has woven its financial mechanisms within a narrative of peace and security, of rule of law and good governance, and guaranteed rights and liberties. It is as much a mechanism for crafting meaning as it is for providing support.

But in the absence of this normative framework, money alone will never be enough to keep the Western Balkans at peace, democratically governed and secure. And if there is one region in the world where the EU can still rediscover its own meaning and confidence, it is the Western Balkans.

Odeta Barbullushi is an advisor to the Prime Minister of Albania. She received her doctorate in Russian and East European Studies from the University of Birmingham in 2010. 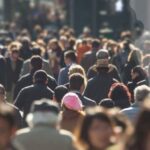 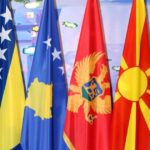