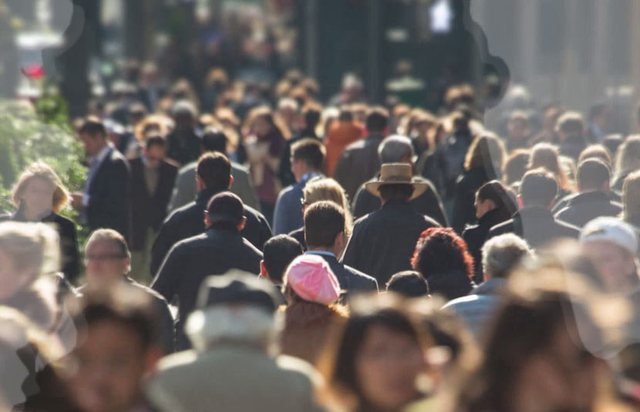 Demographic decline has been the elephant in the room in Albania for decades. But it is now so big, the government simply can no longer ignore it. As the third-term government of Socialist Prime Minister Edi Rama takes office, in addition to the usual promises of increases in quality of life and services, the new government program spells out large future increases in public sector wages and monetary assistance for families to buy first homes — measures clearly aimed at making the country more attractive to those tempted to look for opportunities abroad. The problem is that even in the unlikely scenario that the government fully delivers on these promises, they won’t be enough if they are not part of a well-defined and much stronger strategy to address the issue.

There are no easy solutions for Albania’s demographic decline. In fact, it might no longer be fixable, but the government can do more to adjust policies to soften the blow.

To start with, let’s be clear: This is not a problem unique to Albania. The 10 fastest shrinking countries in the world are in Eastern Europe – and all Western Balkans countries face the same problem. The reasons are the same too: out-migration to where wages are higher and public services are better combined with a rapid decline in birthrates.

Like the rest of the wider region, all the trends show Albania will experience rapid population decline over the next few decades. The country’s per woman birth rate in 2018 fell to 1.3, the “lowest rate in history.” The pandemic has made things even worse. For the first time in recent history, more males died than were born in Albania in 2020.

Albanian politicians, journalists and statisticians disagree about the hard numbers of people leaving the country in any given year, but no one can deny that tens of thousands are permanently leaving the country on an annual basis. The result of that is clear. Several projections by the UN and other sources show Albania will close this century with a population of, at worst, 1 million and, at best, 2 million. Today the country has 2.7 million residents and about 4.5 million citizens. The difference of 1.8 million is due to the country’s already record-holding per-capita out-migration rate in the past 30 years.

A rapidly declining population spells major trouble down the road — economically and socially. Typically it is the most productive part of the population that leaves — the young and the skilled. An alarming September 2021 report by Albania’s official statistics institute, INSTAT, showed that about half of university-educated Albanians had left the country. The economy and society they leave behind faces a negative spiral as a result. There are fewer people to start businesses, fewer people to fill skilled positions and fewer taxpayers to keep the state and pension systems afloat. For businesses, large and small, there are fewer customers to serve, thus less capital.

Why are they leaving?

For many years, some erroneously believed that migration was good in that many of those who study and work abroad would eventually return and contribute to the country of origin. This is not the case, the latest INSTAT survey shows, even though Albania has the highest number of students abroad compared to the region. There are sporadic cases of success in migrants returning, but the general trend has been that most of those who leave do not return. And among those who do return, many re-emigrate because of lack of opportunities in Albania as efforts to find good jobs or start successful businesses are hampered by the size of the market, a bad business environment and competition by those already in the country, many of whom might be less qualified, less skilled and less productive — but, crucially, better politically or otherwise connected.

Opposition and civil society activists bluster about government failures, and they are partially correct. Government action or inaction has an effect on the rate of departures. Failing to increase quality of life and public services fast enough plays a hand. Moreover, a general decline in the state of democracy has left many young people disillusioned that they can have a say in the future of their country. The twin natural disasters of the earthquake and pandemic have shocked the system even further.

But the largest driving factors are lack of economic competitiveness and worse services that come with less economic wealth. Top that with the blight of corruption and general gloom of a post-communist Balkan society, and you have an unsavory concoction. As long as someone can hop on a two-hour plane ride to places like Germany and triple or quadruple their purchasing power while working the same hours — and have better schools for their children and safer and more affordable healthcare and live under a set of rules that are not arbitrarily enforced — the out-flow of people will continue.

Steps that can soften the blow

So what can the third-term Socialist government do? There are several steps it can take to soften demographic decline. The first step would be to adjust policies to maximise economic gains in a country where the workforce is shrinking and the population is ageing. For a country like Albania, a good move would be to capitalize on its strengths — climate, geographic location and lower cost of living.

It should invest, for example, in niche areas where Albanian businesses can be truly competitive and that provide incomes high enough to help people stay put. These could range from the technology sector to premium agricultural and food products. These sectors should be given every tax incentive possible to set root in the country. The government should also diversify its efforts by helping small and medium enterprises that can compete globally in a digital economy.

While increased tourism, especially high-end tourism, is good, investments need to be managed so the locals see a net benefit and the jobs produced are paid well enough so the worker is not tempted to hop on a ferry and work in Italy or Croatia the next season.

In what is a massive capital net gain, the country can also work to attract retirees from wealthier European countries, for example, in addition to Albanians who have retirement income from other countries after working there for many years. This can be helped through incentives in taxation and healthcare.

On the other side of the equation, another step could be to provide generous benefits to young couples to make it more favourable to have children and to stay in Albania. The $10,000 cash bonus or soft loans to purchase a first home for young couples, as the current government program proposes, is a good start if it is implemented. But it is not enough, as home prices have seen massive price increases, while salaries have barely grown in the private sector. Apartment prices in places like the capital, Tirana, for example, have increased by 50 percent since the Socialists took power in 2013.

It is also very important that the government changes the narrative it has borrowed from some quarters of the business community which has started to feel the acute labor shortages stemming from the demographic decline. The problem is not “lazy” Albanians that don’t want to work at home where there are low paid jobs available. The problem is that Albania is not competitive in the wider labor market. Wealthier countries have softened demographic decline through importing workers. That will not work in Albania, at least not for a few decades. Albania is too poor to be an attractive destination for would-be migrants, who would just see it as a jumping point toward Western Europe. Moreover, even though Albania seems welcoming to refugees from outside Europe today, history shows that any population, no matter how welcoming and well-meaning, can become hostile to large numbers of migrants that are significantly different from the native population.

Ultimately, while there are options to soften the blow, they won’t reverse demographic decline, but they could put on the brakes so that the worst scenarios don’t materialize.

Andi Balla is a journalist and author who has been writing for international audiences about Albania and Albanians since 2005. 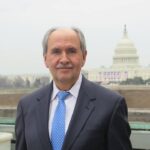 Previous Story
A Political History of Transition
→ Next Story
Without an enhanced engagement strategy, the EU risks losing relevance in the Western Balkans