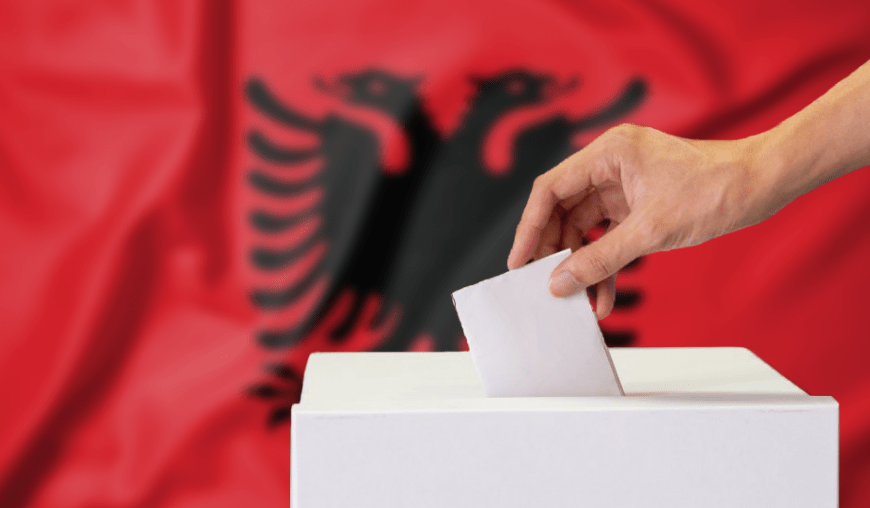 The upcoming local by-elections in six municipalities to pick mayors for a short mandate would have been routine and without any special political significance in different circumstances. But because of the dramatic developments within the Democratic Party, Albania’s main opposition party, the March 6 elections will have serious political implications for the future of the DP and Albania’s opposition in general — meaning these elections will be a marker of the country’s democratic standards.

On March 6, 2022, Albania’s ruling and opposition parties will compete in mayoral races for municipalities that include three of the country’s most important cities — Shkoder Durres and Lushnje. The vacancies are a result mainly of the decriminalization law, which meant winning candidates in the 2019 elections in Shkoder and three other municipalities were forced to resign due to having hidden past criminal activities or due to abuse of power and corruption, as was the case of the mayor of Lushnjë, who was arrested while in office.

Holding on to these mayoral seats is not too important for the ruling Socialist Party, nonetheless serves as a test of its popularity after gaining an unprecedented third term in the general elections of April 2021. But the by-elections do present serious implications for the political future of the Democratic Party and the Albanian opposition in general.

The DP is one of the two political parties that has dominated the Albanian political landscape since communism fell in 1990. It enters these by-elections divided. Racing against the ruling SP candidates, on March 6, two separate DP factions are fielding candidates. One is the grouping led by Lulzim Basha, the official  chairman of the Democratic Party and the other, larger in number, is led by the DP’s historic leader, former President and two-time Prime Minister Sali Berisha. The DP division started right after Mr. Basha publicly announced on Sept. 9, 2021, that he was expelling Sali Berisha from the DP parliamentary group, after the latter was publicly designated on alleged corruption by the U.S. State Department as someone who is not allowed to enter the United States.

Mr. Berisha’s designation by U.S. Secretary of State Anthony Blinken was completely unexpected and created a lot of confusion not only in the Democratic Party due to the fact that Mr. Berisha has been out of power since 2013 after he lost the general elections and resigned as party chair.

While announcing he was suing Secretary Blinken for slander, Mr. Berisha suddenly felt betrayed by Mr. Basha, who was in fact a hand-picked successor by Mr. Berisha and made a career in the party thanks to Mr. Berisha’s support.

Mr. Berisha brought Mr. Basha to the DP in 2005, entrusted him with senior positions, including as minister of interior and foreign affairs, and supported him as a candidate for mayor of Tirana by personally leading the campaign for Mr. Basha’s election. When Mr. Berisha resigned in 2013, he threw his support behind Mr. Basha as heir apparent in DP’s leadership.

Since then, Mr. Berisha founded a new political movement within the Democratic Party, organized very popular meetings throughout Albania, organized a party congress on Dec. 11, 2021, where a new statute was approved, in addition to dismissing Mr. Basha and others from party leadership. A considerable number of DP MPs joined Mr. Berisha and the clash between the two groups in the party deepened, making coexistence impossible when on Jan. 8 Mr. Berisha’s movement, officially known as the Re-establishment Commission, asked Mr. Basha to hand over the party headquarters and the respective documents — an effort that ended in ugly violence.

Since then, the division of DP has continued, and it looms large in the upcoming March 6 elections, which will be the first electoral confrontation between two political factions within the Democratic Party.

Independent observers and public opinion polls so far clearly show that there is a large advantage among opposition voters for the Mr. Berisha-supported candidates of the House of Freedom, a political coalition formally formed by two opposition parties — the Socialist Movement for Integration and the Christian Democratic Party — but which will get most of its support from the DP faction headed by Mr. Berisha. The ruling SP candidates benefit overall from the divided opposition vote, but it is not impossible for Mr. Berisha’s candidates to win one or two seats. House of Freedom says it will win not only in Shkoder, where polls show it to have the highest support, but also in Durres and Lushnje.

As strange as it may sound this may be the case of elections when there may be two parties that may lose the election, and as paradoxical as it may seem, there could be two parties to win this election when there are in fact three political groups in the race — the ruling SP and an opposition DP split in two groups. So, regardless of the official winners, the parties will be taking note of how the opposition votes go, to see who actually wins the contest inside the opposition.

The greatest importance and political implications are in fact related to the results that will be achieved by the two rival groups within the Democratic Party. These elections will clearly undermine the position Mr. Basha and some of his associates have in what is currently the official Democratic Party. The legitimacy and support of DP members for Mr. Basha was seriously questioned when Mr. Basha and his supporters convened an extraordinary party assembly on Dec. 18 and claimed to have 5,004 assembly delegates in one hall that has no more than 1,800 chairs. “The DP national assembly has 7,000 members and holding an assembly is not legal if not more than 50 percent participate,” according to party regulations.

The results that Mr. Basha’s faction DP candidates show in the elections will make public the real support and legitimacy he enjoys — if there is any. The real race for the mayor of the six municipalities is in fact between the ruling SP candidates and the ones from Mr. Berisha’s movement, as the polls show and as independent experts believe. But the first importance of these elections is the result between the two factions within the DP. The loss of Mr. Basha in this internal race, as polls and independent observers indicate, could help end the debates within the currently divided opposition party.

On the other hand, the March 6 elections will be an opportunity to prove the support and popularity of the historic leader of the Democratic Party, the former chairman and prime minister, Mr. Berisha, not only within the supporters of the Democratic Party — a race he is likely to win — but voters in general. Any success over government candidates projects a way for a return to power through Mr. Berisha’s movement.

Thus, these elections decide the future of the Democratic Party and the fate of the opposition in Albania. A balanced result of the two rival groups within DP would in fact prolong the agony of the DP and the opposition in general.

In the March 6 elections, there is another important third actor — the international community. And this is not about the monitoring teams of the Council of Europe or the OSCE-ODIHR that in fact during the 30 years since the fall of communism have been monitoring the ever lower standards of the Albanian elections, whether parliamentary or administrative. In addition to international watchdog groups monitoring the level of implementation of standards, in an unprecedented way, another actor has entered the field of play.

Just two weeks before the local elections, U.S. Ambassador to Tirana Yuri Kim entered the discussion through Twitter — with the only clear message, according to local observers, being the discouragement of potential voters for the six candidates fielded for the Mr. Berisha-supported House of Freedom coalition.

“Questions for candidates: If your main sponsor is someone designated by the U.S. for significant corruption, what exactly are you promising voters? Who will own you if you win and what will you owe them? What should Albanians expect? What should the U.S .expect?,” Ambassador Kim’s tweet noted.

The DP Re-Establishment Commission reacted harshly to the tweet, saying in a statement it was “a flagrant violation of law and Constitution and a one-sided and unacceptable intervention in the electoral process in favor of the most corrupt government in Europe and in complete contradiction with Article 41 of the Vienna Convention on Diplomatic Relations and Optional Protocols, signed in 1961, to which Albania is a party.”

The commission demanded that the ambassador “withdraw the statement, which is contrary to the Constitution of Albania and the Electoral Code of the Republic of Albania, for the observance of which the political parties in Albania are committed.”

A day after the tweet, the U.S. The Embassy issued a statement clarifying that the U.S. Government has designated four persons for corruption in Albania.

However, according to analysts and independent observers, Ambassador Kim’s message was aimed at candidates supported by Mr. Berisha and at tilting the municipal elections, which are serving as an unofficial primary race for DP.

There were also numerous reactions on social networks, as well as among local observers and analysts who saw Ms. Kim’s intervention as  support for Mr. Basha, but which will ultimately end up helping the government’s candidates. The more votes that can be steered toward Mr. Basha’s candidates, the more likely the SP will win, the argument went.

The dice have been rolled. The March 6 mayoral by-elections, which would normally have been a trivial political development, have turned into a tough political game with deep and important political implications. 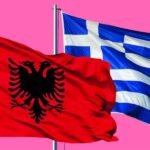 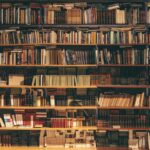 Next Story
The dictator’s library: A testimony to the limited influence of literature.