Western Balkans are sliding into a new geopolitical season. Will the EU be ready to react? 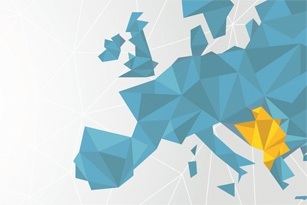 Where are the Western Balkans while the world is locking-down?

While most of the world has been under lockdown for almost two months and Covid-19 is reshaping world politics, few people remember that Western Balkans have been under a geopolitical lockdown for almost two decades. The Thessaloniki meeting of June 2003, when the European Council affirmed its determination to fully support the European perspective of the Western Balkans countries[1], appears to belong to several geopolitical ages ago. Of the five Western Balkans countries that signed in 2003 the Declaration as EU potential candidates – Albania, Bosnia and Herzegovina, Croatia, the former Yugoslav Republic of Macedonia, Serbia and Montenegro – only Croatia became a EU member.

Croatia entrance into the Union didn’t reduce the number of States in the Western Balkans waiting room. Before Croatia could join in 2013, the number of Western Balkan countries further fragmented into more pieces, with the separation of Montenegro from Serbia. In 2008 the block grew even bigger reaching the record number of 7 states with the declaration of unilateral independence of Kosovo. An amazing quantity of statehood and too much geopolitics for a region of less than 20 million people and with an averagely low statecraft capacity, especially considering that European integration was supposed to reduce differences, set common standards and to foster cooperative relations among neighbors.

The 30th anniversary (2019) of the fall of the Berlin wall and the demise of communism in Eastern Europe was not marked by the completion of the enlargement to the Western Balkan countries, but it was characterized instead by Brexit, a reverse-integration process of a country abandoning the Union after enjoying the benefits of being a member for almost 50 years. A similar paradox occurred 10 years before, when Greece, the first State of the Balkan Peninsula to join the Union in 1981, went through a government debit crisis that needed an international bail-out program from IMF. Greece managed to remain a EU member but without its full sovereignty, since the country was de facto governed by the troika for 8 years. At the same time other EU countries like Cyprus, Ireland and Portugal all were saved by default with bail-outs loans, rising doubts on the possibility that the Eurozone could survive. It did, but with profound scars left in the institutional architecture, freezing its institutional development, since the political dimension of the EU has been weaker than economic and financial ones. Once the financial perspective of the Union didn’t look as bright as at the end of the nineties, the political momentum stagnated. The Eurozone did survive the financial crisis but, at the same time, the Union entered a decade of internal involution and external turmoil that compressed and retrenched its action. Not only towards the Western Balkans but also in the direction of the Mediterranean where impressive events occurred after the “Arab spring” such as the Libyan civil war and the Syrian civil war. The latter even outmatched the Yugoslav conflict for destruction and death toll. But, twenty years later the break-up of Yugoslavia, Europe was again ineffective diplomatically a militarily to prevent the war or to manage the crisis out of the conflict path.

I believe that the problem of the lack of capacity and underperformance of the European Union in its foreign and security policy has something to do with the slow pace of the enlargement, although they belong to two different chapters of the European Union, ruled under different mechanisms. Still, both are – or should be – geopolitical processes that can be successfully completed only after the EU will adopt its own geopolitical identity and a subsequent regional posture. This will allow Europe to be the driver of the process and not only the hesitant and diffident holder of sticks and carrots. This is the only way to implement European geopolitical ambition and regional strategies, earmarking enough economic and diplomatic resources proportional to the goal. A goal that should also be realistic, pragmatic and sustainable. This may include also reviewing the ideological ambition of social transformation that somehow is embedded in the enlargement philosophy, too often intended as an extension of the European way of life (if there is any) to a troublesome and back-warded region. This left an ambiguous and equivocal taste to the whole process.

The disillusion for the imperfect Europeanisation of some of the Eastern Europe societies that entered the Union in the previous waves may be part of the reason of the present disenchantment and of the emergence of the so-called enlargement-fatigue. And it may be part of the reason why, in the last decade, European Union fell into a deep geo-political lethargy that affected the capacity of further strengthening its common foreign and security policy and to upgrade it into the new geopolitical reality. The driver of the enlargement can’t be left only to technocratic standards or – even worse – to volatile public opinions.

EU complex and multilayered decision-making structure didn’t help to explain to the European public opinions the whys and how of the enlargement. In the field of external actions the Union works with a fractured and suboptimal network of different decision-making structures, divided between 3 inherently different paradigms: national, intergovernmental and supranational, with the largest part of it falling under the competences of the Member States. In this regard, it is important to remind that enlargement is only a part of an optimal EU external action and it should be a tool of a strengthened CFSP, otherwise it will always lack the power to finish the unfinished business in the Western Balkans; business that still are a foreign policy issue with non-EU powers like US, Russia, Turkey, China.

It should also be reminded that the enlargement gap has to side: the one of the accession countries and the side of the EU member states. And from the member states – and their public opinions – point of view, it is important to understand that the external dimension of the EU Union is only a small part – and a small driver – of the existence of the Union itself. External Action and other external dimensions of the Union represents only a fragment of the EU raison d’être. European citizens still believe that the Union is underperforming in many internal issues, such as the fight against unemployment, the fight against radicalization and terrorism, the protection of external border from illegal migration, environmental protection. And a more active EU foreign policy is, very unfortunately, one of the less requested action demanded by the EU public opinion[2], especially in the non-Mediterranean Union.

Clearly, there is still a running gap between the corpus of the acquis communitaire and the capabilities of Western Balkans governments, characterized by low-level statecraft, low legitimacy and undeveloped public opinion. But a part of the gap lies also on the other side of the border, with the incapacity of the European Union to adapt the European system and the enlargement process to the well-known problems of post-communist societies. It is very hard to bridge this double gap with the present low-profile attitude towards international affairs and the main regional political and security processes. In fact, in the last decade while the Western Balkans where still struggling with the different acquis communautaire the whole South-Eastern Europe and Eastern Mediterranean regions went through a series of waves of unprecedented geopolitical challenges: multiple migration crisis in the Mediterranean and along the Western Balkan route; the conflict in Georgia, the conflict in Ukraine and the seizure of Crimea by Russia; the misalignment of Turkey from NATO and its more assertive posture in the Mediterranean; the rise of the Islamic State and its capacity to project or inspire terrorist act inside European cities.

Covid-19 pandemic is only the last and probably more indeterminate external shock that is hitting Western Balkans European future. This new biological and medical external stress will be responsible for the years to come for a new economic crisis and a global recession. This may be the last chance for Europe to open a new season of relations with the countries of the Western Balkans including them in its economic recovery plans.  Geographic proximity and cultural similarity should be the new driver of the next phase of the European integration process. Hopefully also learning lessons from what went wrong in the enlargement process in the last 3 decades, including faults and mistakes from EU side. European geo-strategic calculations should be the compass to drive the Western Balkans out of the Covid and post-Covid phase of the enlargement process.

[1] The Declaration of Thessaloniki was signed on 21 June 2003 after the Eu-Western Balkans Summit. Text here https://ec.europa.eu/commission/presscorner/detail/en/PRES_03_163 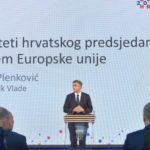 Previous Story
For an Influential Europe – The Croatian EU Presidency
→ 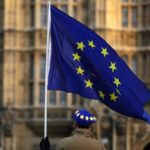