If Serb clerico-nationalism, Putin and Vučić triumph, what would be the implications for Albanians and the region? 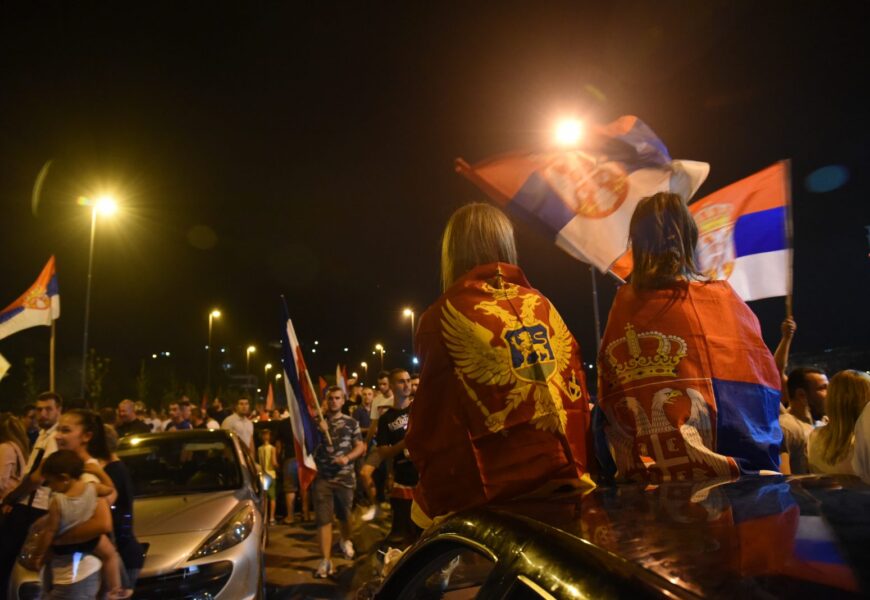 Milan Roćen, former Montenegrin Minister of Foreign Affairs and one of those closest to Milo Djukanović in his campaign for the state’s independence, would not infrequently end his lengthy conference speeches the same way. He would tell his listeners – coincidentally often including me – ‘There’s never been such a big speech from such a small country.’ Montenegrins are born orators, known for it across the region. And Roćen’s words – as a speech and as a conclusion – reinforce the point. Now, several days after elections, Montenegro is herself giving one of the most important speeches in her history, and it is a dramatic message with implications that stretch far beyond the country’s borders. Here are its key points.

Milo Djukanović has transformed Montenegro, from a Serbian crutch to a NATO member and a leading candidate for EU membership. This transformation has been accomplished in generally unfavourable circumstances, during the wars of the collapse of the former Yugoslavia and of a Serbia which has found it hard to identify a policy other than Greater Serbia. Throughout this process, there has been a kind of tacit understanding between Montenegro and the Atlanticist states: as long as Montenegro was becoming more stable, questions about corruption, organized crime and the rule of law would be given lower priority. In these latest elections, almost the only external support for Djukanović’s party came from the Prime Minister of Albania, and that with possibly negative effect. The Montenegrin opposition was easily able to portray it as part of a Greater Albania project – a project both non-existent and inexplicable in conspiratorial terms, but adequate to exacerbate nationalist feeling.

Though competing in the favourable roles of power-holder and guarantor of Euro-Atlantic stability, Djukanović nevertheless failed to win sufficient support within or without the country.

The elections were (not) an anti-dictatorship and anti-corruption plebiscite

The declarations by the leaders of the (till now) opposition, that these elections represent the fall of the last European dictatorship, are wholly inaccurate. Djukanović’s regime has enjoyed broad democratic legitimacy, and may even emerge victorious from these elections if it can draw in the URA movement of Dritan Abazoviq. This is hardly the image of a dictatorship fighting uncontested elections.

The themes of corruption and organized crime featured in the electoral campaign, and not a few people will perceive that the thirty-year rule of one party has enriched a small group and excluded the majority from the benefits. Yet this was not the principal motivational message of the largest opposition coalition. The principal motivational message was instead about identity, that of the Serbian Orthodox Church, which stirred public and political discourse around the Orthodox and Serb roots of the national consciousness of most of the Montenegrin population. One of the opposition leaders stated that Djukanović was toppled by Saint Basil of Ostrog – the patron of the country’s most famous monastery.

And as the results came in, the largest opposition rally did not have banners and slogans against corruption, organized crime or political dictatorship, but instead Chetnik songs and Greater Serbia chants and banners accordingly.

On that night and with those symbols, the opposition was celebrating Montenegro’s liberation not from crime, but from a government that did not fulfil their need to identify themselves as part of Greater Serbia.

The governing agenda will be based on identity

If the current opposition forms a government under the regular procedure by which Djukanović as President awards the mandate, it would confirm the status of a democratic state, undergoing an electoral transfer of power without trauma.

It would likewise confirm that the conflict within the country was not between democratic and undemocratic forces. The conflict has in fact been between political players who defined a new Montenegrin identity with foundations in Nineteenth Century statehood and Euro-Atlantic aspirations, and those players who perceive Montenegro as a state of the highland Serbs, with roots deep in Serb epic folklore.

Consequently, a new government comprising the current opposition would be duty-bound to foster a new state identity. As was foreshadowed in the governing principles of the three blocs who promised the formation of a new administration, their immediate priority would be the law on religious belief – specifically its revocation such that the Serbian Orthodox Church would have the predominant spiritual and national role in Montenegro, just as it has in Serbia and the Republika Srpska within Bosnia-Herzegovina.

The impetus behind the rise of Montenegro’s opposition has been the Serbian Orthodox Church, with Metropolitan Amfilohije at its head. The Metropolitan has for a long time been one of the most outspoken and extreme figures in the church, known more for his pronouncements on daily politics than for his theological depth. His message has been clear: he has been defending the pre-eminence of the Church, and the Serb identity deriving from it, and to this end he has combined political campaigning with religious processions by the faithful. On election night, opposition leader Krivokapić went to church to meet the Metropolitan and kiss his hand, symbolizing the political subordination of his movement to the head of the Church.

Russian leader Vladimir Putin won these elections in Montenegro. After the failed attempt by operatives of the Russian secret service – GRU – to mount a coup against Djukanović four years ago, the Serb cause and the Serbian Orthodox Church proved more effective agents for destabilizing the new NATO member. On Putin’s campaign map, the states of the former Soviet bloc and parts of the former Yugoslavia are counters in his confrontation with the concept of Euro-Atlantic integration. Since it proved impossible to obstruct NATO membership, besides destabilization Putin now has a second and preferable option: putting a NATO member state under ‘amicable supervision’. Illiberal democracies – and Montenegro could be one such, should it be led by Serb clerico-nationalism – have become a congenial formation for Putin, part of a fifth column to undermine NATO and the EU from within.

If the current opposition forms a government, the President of Serbia will feel that his position in the region has been strengthened. A similar ideological model will hold sway in three states: Serbia, Montenegro and Republika Srpska within Bosnia-Herzegovina. It’s no surprise, then, that the opposition results in Montenegro were most loudly cheered in northern Mitrovica, an indication that the political cocktail blending Serbism, Orthodox Christianity and Russia might produce the same effects for Serbs in Kosovo, at least in its north. The Association of Serb Municipalities, a concept officially accepted by two Kosovo Prime Ministers in the Brussels negotiations, could become the next proving ground for this cocktail. Once again, accordingly, the fault-line between Russia and the West may be, or may increasingly be, through the bridge at Mitrovica.

The wave of clerico-nationalism might produce a government, but it cannot produce stability. The attempt to alter the identity of the independent state of Montenegro would in all likelihood create great friction. One of the reasons for this is in the model by which Djukanović himself came to power. He too rose, at the end of the eighties, on a wave of Serb nationalist protests orchestrated by Milošević. At the time it was described as an ‘anti-bureaucratic revolution’, allegedly removing the obstacles to effective governance in Montenegro, ousting the partisan bureaucrats and opening the system to reformists. The anti-bureaucratic revolution subjected Montenegro to the politics of Serbia, and then to its wars.

Gentlemen’s agreements will not hold back the tide of nationalism

URA coalition leader Dritan Abazoviq, third partner in the opposition coalition, declared that the coalition’s role would be to achieve democratic change in Montenegro in order to enable faster European integration. It appears that he sees himself as the guarantee that his partners, known for their nationalist, clerico-nationalist or pro-Russian orientation, will not be able to impose an agenda that threatens a European Montenegro.

Abazoviq believes that by toppling Djukanović they will open up new paths for democracy. But that is almost impossible if the public arena is no longer divided between democracy and autocracy, but according to identity – Montenegro of the ‘sovereignists’ against Montenegro as an extension of a Greater Serbia policy.

One individual, or one small grouping such as URA, as in this case can never inject something to the public arena when it is taken up with identity-based conflict. Nor can they prevent this conflict being played out.

An Albanian in power?

The fact that Dritan Abazoviq declares himself to be an Albanian means little. Distant though the comparison may be intellectually and historically, having put Djukanović in power Slobodan Milošević chose Sejdo Bajramović as member of the Yugoslav Presidency. The fact that he was a self-declared Albanian had no effect on the Presidency’s contribution to the policy of Greater Serbia.

Whatever position Abazoviq may secure, it will be for his own benefit and for the coalition that he heads, and not necessarily for the Albanians.

Albanians should be gravely concerned by these developments. The Albanians of Montenegro did not have a united voice in these elections. Diverse voices emerged from Albania and Kosova, encouraging votes for Milo or for this or that coalition.

Now Albanians and the whole region are in a situation where one corner of the Balkans may well not be as it has been. What it will be instead remains unknown. 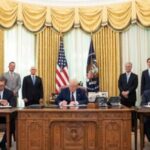 Previous Story
The deal out of the White House: nothing to celebrate
→ 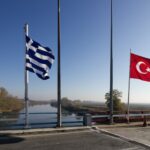 Next Story
Albania – in the optics of the Greek-Turkish conflict